Ahmad Khan Rahami may have been radicalized during a trip to Afghanistan a few years ago, but it appears he learned the art of the lawsuit right here in America.

The 28-year-old suspect in the New York/New Jersey bomb plot that injured 29 people in Manhattan on Saturday was one of the plaintiffs in a 2011 “discrimination” lawsuit against the police department of Elizabeth, NJ.  The other plaintiffs were members of the Rahami family, which has run a chicken restaurant in Elizabeth for a number of years after immigrating from Afghanistan when Ahmad was 12.

Ahmad Rahami said in a lawsuit that cops in Elizabeth, New Jersey subjected him and his family to discrimination and ‘selective enforcement’ based on their religion.

The family claimed that police tried to shut down their chicken restaurant, called First American, too early each night with ‘baseless’ tickets and summonses.

Ahmad, 28, his father Mohammad Sr, 53, and his brother Mohammad, brought the lawsuit together and said that local residents also racially abused them and said: ‘Muslims don’t belong here’.

The lawsuit was filed in federal court.  The suit may have been a tactic to preempt action by the city of Elizabeth, based on other information about the Rahamis and their interactions with police.  Daily Mail reports:

The lawsuit claims that the officers told them there was ‘too much crime around here’ and that the area around the restaurant was ‘known for criminal activity’.

One of Ahmad’s brothers got into a fight with a police officer who tried to shut down the restaurant, BBC Worldwide reported, but fled to Afghanistan before he could be prosecuted. …

The court documents confirm that Ahmad was arrested for obstruction of justice, disorderly conduct and resisting arrest, although they do not specify when or what the outcomes were.

In the lawsuit, the Rahamis expanded on some of the allegations against their fellow citizens.

The family also claims that they suffered racist abuse at the hands of James McDermott, the owner of Dean Relay Press and Radio, a photo agency that is near to the Rahami’s chicken restaurant.

He allegedly told them: ‘You are Muslims…Muslims make too much trouble in this country.’

McDermott is alleged to have told them that ‘Muslims should not have businesses here’, ‘Muslims are trouble’ and ‘Muslims don’t belong here’. He rejects all claims.

Mr. McDermott’s side of the story is that “he complained about the [chicken restaurant] when it became a hangout for youths who used his yard as a bathroom.”

The mayor of Elizabeth gave this statement about the city’s issues with the restaurant on Monday:

Elizabeth Mayor J Christian Bollwage said in a press event Monday that the closures were effected by local authorities because the restaurant was attracting a noisy crowd late at night, causing a ‘quality of life issue.’

The suit was dismissed with prejudice in 2012 by the U.S. District Court for New Jersey.

In 2014, Ahmad Rahami was arrested on assault and illegal gun-possession charges after he tried to stab his sister, Zobyedh, now a student at Rutgers.

For “reasons that are not clear,” he was not indicted in that incident.

A long-time acquaintance said Ahmad came back from his visit to Afghanistan markedly changed.

Flee Jones, who grew up with Rahami, said that he thought the suspect had visited Afghanistan around four years ago. When he came back he had a beard and wore traditional Muslim robes. He started praying in the back of the family’s chicken restaurant.

“It’s like he was a completely different person,” Mr Jones told the New York Times. “He got serious and completely closed off.”

As is usual in these cases, reporters found at least one person who was shocked that the bomber would be involved in such a plot.

Alex Bajera, 12, said he went daily to “the shack”, as he called the fried chicken restaurant, and is good friends with Ahmad’s youngest brother.  He said he saw Ahmad regularly, and would say hello.

“I was pretty shocked because I didn’t think he’d do anything as bad as this. Or anything bad,” he said.

Over time, the pattern seems to vary little. 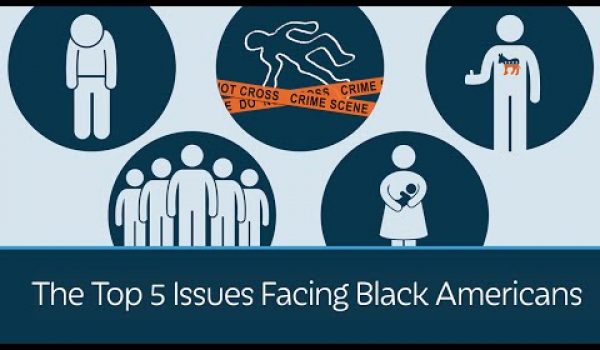 Video: Prager U on the top 5 issues facing black Americans
Next Post
Did Hillary’s IT guy research how to destroy email evidence on Reddit? House probes online trail