Clinton Foundation officials repeatedly skirted or ignored federal laws and regulations while converting the non-profit from its tax-exempt purpose of building a presidential library in Little Rock, Ark., into a $2 billion global machine selling political influence and access on an unprecedented scale, according to documents reviewed by The Daily Caller News Foundation.

Non-profit foundations are required by the IRS to conduct activities that support the officially approved tax-exempt purpose for which the federal agency allows them to offer donors the ability to deduct contributions. Officials must report annually via the IRS Tax Form 990 to show their non-profit’s compliance with its exempt purpose.

During the foundation’s first six full years of existence from 1998 to 2004 the tight-knit circle of Clinton insiders continuously misrepresented in annual tax filings the non-profit’s activities and compliance with its exempt purpose.

In the IRS’s 1997 determination letter granting exemption, the federal tax agency instructed foundation officials that to retain the prized exempt status they must inform the government if you “change your sources of support, your purposes, character or method of operation … so we can consider the effect of the change on your exempt status and foundation status.”

The Clinton Foundation did not comply.

On the foundation’s first annual Form 990, filed in 1998, officials described the non-profit’s exempt purpose as “to design, construct and initially endow a presidential archival deposit.” That description was taken directly from the first sentence of the foundation’s application for tax-exempt status. The rest of the application’s description referred only to the library and related projects.

In the foundation’s 1999 tax return, the description of its exempt purpose was unchanged except to add this, also from the tax-exemption application: “to house and preserve the books, correspondence, documents, papers, pictures, photographs and other memorabilia of President Clinton.”

The exempt purpose description remained unchanged on the foundation’s 2000 and 2001 tax returns. But two major things happened in 2002 that provided the first evidence of the radically changing nature of the Clinton Foundation.

These two events mark the beginning of the Clinton Foundation’s departure from its tax-exempt purpose because there is no reference in the 2002 tax return telling the IRS about formation of the CHAI and the foundation answered “no” to question 76 on the return, which asked if the foundation “engaged in any activity not previously reported to the IRS.”

The Clinton Foundation did not respond to TheDCNF’s request for copies of any correspondence or official filings to the IRS informing it about the creation of the CHAI in 2002 or any other changes related to its compliance with its exempt purpose.

TheDCNF also asked the IRS if it had been told by the foundation in 2002 about formation of the CHAI, but spokesman Matt Leas responded that “federal privacy laws prohibit the IRS from commenting on any individual or case.”

Two years later, foundation officials took their biggest step yet away from their non-profit’s tax-exempt purpose. In the 2004 Form 990’s description of the foundation’s exempt purpose, the following appeared:

President Clinton established the William J. Clinton Foundation with the dual missions of constructing and endowing the Clinton Presidential Center and park in Little Rock, Arkansas, and continuing the work of his presidency to strengthen the capacity of people in the United States and throughout the world to meet the challenges of global interdependence. [Emphasis added]

In fact, the boldface sentence was the first reference in any publicly available Clinton Foundation Form 990 filed to that point in the non-profit’s existence that said anything about “dual missions” encompassing the both presidential library and meeting “the challenges of global interdependence.”

As in prior years, the foundation continued in 2004 to answer “No” to question 76 asking if it had engaged in any activity not previously reported to the IRS, as required by its tax-exemption determination letter in 1997.

During the period from 1998 to 2004, only five individuals served as Clinton Foundation directors, including:

The Clinton Presidential Library and Museum was dedicated in Little Rock Nov. 18, 2004.

The Clinton Foundation has raised an estimated $1.5 billion in the years since 2004.

Ortel claims the foundation “has never been validly authorized to pursue tax-exempt purposes other than as a presidential archive and research facility based in Little Rock, Arkansas.” 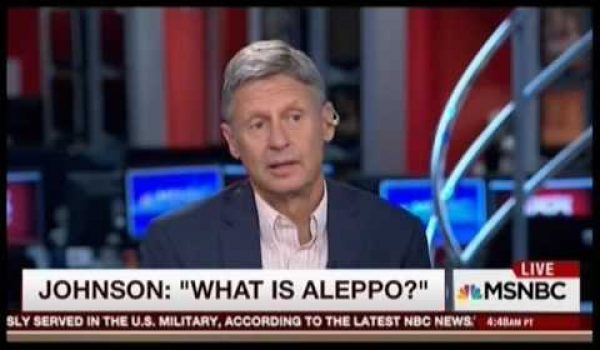