This year’s Libertarian presidential ticket is anything but pro-liberty, displaying hostility to free speech and free markets. Obamacare was the biggest expansion of government in a century, and largely obliterated the free market in healthcare, in areas such as pricing and selection of benefits (for example, Obamacare’s community-rating requirement means that what you are charged has little to do with what your healthcare actually costs, destroying market-based pricing). But Libertarian Vice Presidential nominee Bill Weld has opposed repealing Obamacare. In an August 6 interview with NPR’s Scott Simon, after CNN’s town hall with the Libertarian candidates, he made this explicitly clear:

SIMON: Well, let me ask you about some of the specific points that are in the Libertarian platform. Would – for example, would you get rid of the Affordable Care Act?

WELD: No. I’ve never been one of those . . . No, that’s not my be-all and end-all, like a lot of congressional Republicans who – all they can talk about is, let’s totally repeal Obamacare.

Weld also has resorted to race-baiting gutter politics, as Dave Neese notes in the Trentonian, claiming it is a racist “dog whistle” to say “All lives matter” (as opposed to, say, “Black lives matter”):

Democrats aren’t alone in playing to mob mentality. The Libertarian Party ticket has done so, too. . . .

‘All lives matter’ is a dog whistle.”

Evidently, our politics has sunk to a level at which the third-party candidates can distort issues and pander shamelessly right along with the worst of the other party pros.

Weld would probably silence people who say “All lives matter” if he could get away with it, viewing it as racism that contributes to a “hostile learning environment.” When William Weld was governor of Massachusetts, its state colleges systematically violated the First Amendment and academic freedom. State colleges were pervaded by censorship, such as harsh campus speech codes used to silence dissent. Progressive student activists routinely tossed into the trash thousands of copies of conservative and libertarian publications while state officials and college administrators pretended not to notice.

The hostility to free speech of the Johnson-Weld ticket has been chronicled even by many libertarians. As Libertarian News noted in a May 28 post found on the Williamson County Libertarian Party web site:

Judges [that Gary Johnson] appointed voted to force a wedding photographer to photograph a lesbian commitment ceremony, which violated the photographer’s free-speech rights, since photography is speech, and the First Amendment forbids compelled speech.

His running mate Bill Weld is also not supportive of free speech, freedom of religion, and free association. Weld ran to the left of John Silber, his 1990 Democratic rival for governor, on political correctness issues (Silber, a university president, opposed campus speech codes and political correctness), and Weld’s appointees to the state judiciary included people who had supported draconian campus speech codes. Weld’s appointees to the MCAD demanded that people be fired by private employers for offensive racial jokes.

Weld has praised liberal judge Merrick Garland and liberal Supreme Court Justice Stephen Breyer as his models for who should be on the Supreme Court. This has horrified knowledgeable libertarians, like Cato Institute lawyer Ilya Shapiro. Breyer and Garland, notes Shapiro, are the judges “most deferential to the government on everything, whether environmental regulation or civil liberties.” For example, Justice Breyer has voted against free speech and First Amendment claims more often than any other Supreme Court justice.

Libertarian Presidential nominee Gary Johnson recently wrongly suggested that most arrests in America are driven by police racism, smearing our country’s police as collectively racist. When Fox News’ Eric Bolling correctly noted that the black crime rate is much larger than the crime rate in general (judging by the fact that the criminal conviction rate is much higher among blacks), Johnson suggested that these convictions are due mostly to police racism, and that if police scrutinized whites as much as they do blacks, the white crime rate would be just as high:

Yes, blacks are being arrested, they are being charged, and they are being convicted at eight times the rate of whites. If that same scrutiny were applied to you and I as whites, we would have those same results. That’s the awareness [of unequal treatment] that doesn’t currently exist.

Johnson’s claim made no sense. Arrests and convictions typically occur due to victim reporting of crimes — not due to race-based police “scrutiny.” As City Journal has noted, “the race of criminals reported by crime victims matches arrest data. As long ago as 1978, a study of robbery and aggravated assault in eight cities found parity between the race of assailants in victim identifications and in arrests—a finding replicated many times since, across a range of crimes. No one has ever come up with a plausible argument as to why crime victims would be biased in their reports.” Black victims themselves generally report that their attackers were black, just as white victims usually report that their attackers were white (robbery is an exception: most whites are robbed by a minority, usually a black person). The higher arrest rate among blacks is thus due largely to police properly paying attention to black victims’ reports of being victimized. For example, 43.7% of all rapists in state prisons were black, according to a 1997 report by the Bureau of Justice Statistics, even though blacks are only 13% of the general population. (See Bureau of Justice Statistics, “Sex Offenses and Offenders“ (Feb. 1997) (NCJ-163392)). And most black rape victims report that their rapist was black.

Nor would disparities in the crime rate disappear if the misguided war on drugs were ended, since the disparity is actually greater for most violent crimes than for drugs (drugs being one of the few categories of crimes where arrests are not due to victim reporting). For example, more than half of all murders are committed by blacks, who are just 13% of the population. (See FBI, “2014 Uniform Crime Reports: Crime in the United States,” Table 43A, Arrests by Race, 2014.).

If Johnson was suggesting that police are ignoring crimes committed by whites (when he talked about less “scrutiny” for whites), that was a very odd claim to make, since ignoring such crimes would harm whites more than blacks due to the non-interracial nature of most crime. Thus, even racist white police would not have a motive to systematically do that. Most murders are committed against people of the killer’s own race (93% of black murders and 84% of white murders).  Does Johnson really think white police are ignoring lots of murders by whites (most of which would involve white victims) to artificially conceal the white crime rate through lesser “scrutiny”? Which would lead to still more killings of whites? That would be a wacky contention, but perhaps he believes it.

Gary Johnson has also shown a hostility to the First Amendment and religious freedom. He has said that “religious freedom, as a category, [is] a black hole,” and he opposes longstanding religious exemptions. Often, Johnson seems unfamiliar with both existing law, and principles that were long held by Libertarians. Johnson, who has called Hillary Clinton a “wonderful public servant,” is not really a Libertarian, much less a viable alternative for conservatives disenchanted with Donald Trump. Whatever his flaws, Trump is running on a law and order platform, and has defended the police against inaccurately broad-brush accusations of  racism.

Trump’s list of potential Supreme Court picks consists of experienced, well-respected appellate judges who support free speech and property rights, and who are highly-rated by Libertarian and conservative legal scholars. 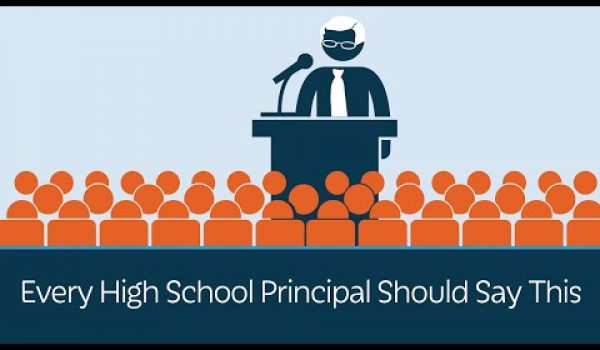