President Obama was elected almost eight years ago under the inspirational mantra of “Hope and Change,” with a “Yes We Can” attitude. By 2013 a major change did come along, but not in the way the president hoped. America’s healthcare system was flipped upside down when the Affordable Care Act (ACA) became the law of the land. $2.4 billion was handed out to 23 states that attempted to open health insurance co-ops to serve the needs of the poor, underinsured, and those with pre-existing conditions. Three years after the exchanges’ launch, however, the only “hope and change” the remaining 7 co-ops have left is that they will find a way to stay afloat and not follow the lead of the other 16 co-ops, which were forced to admit “No We Can’t.”

Before the 23 co-ops first opened, too many unrealistic assumptions were made about the level of services that would be provided. From the start, the insurers had concocted impractical enrollment estimations. They also assumed that the federal government would subsidize the exchanges forever. Now that the federal subsidies are beginning to expire, and enrollment numbers have dwindled. Seventy percent of the co-ops have been forced to close down, and over $1.5 billion of the original $2.4 billion in federal funds has been thrown down the tubes.

Obamacare’s architects created three federal programs with the overall goal of providing certainty and protection for the individual and small group markets. None of the three have even come close to working as intended.

The reinsurance and risk corridor programs were formed to redistribute money from profitable co-ops to non-profitable ones. These two programs were supposed to limit the amount each co-op can gain and lose each year. That way, if a given co-op reached its profit goals, it would be forced to hand over its surplus of federal money to the federal government so it could be redistributed to less successful co-ops.

Unfortunately, the philosophy that these programs were built on is nothing but a socialist’s pipe dream. All levels of government are inherently evil and greedy: Once federal money is taken out, it is never repaid.

Sure enough, just as many conservatives predicted, the successful state exchanges refused to return their unneeded federal funds. As a result, there were not enough well-run, profitable co-ops to make up for the ones that were in a financial free fall. And fall they did. 16 of the 23 co-ops have already failed as a result of this failed business model. When the reinsurance and risk corridor programs expire at the end of this year, the remaining 7 will be forced to limp on their last legs as well.

Perhaps by coincidence, the programs that falsely propped up Obamacare will end as President Obama leaves office. The next president will be charged with cleaning up the mess that will only get worse as the third program – the risk adjustment program – finally kicks in.

The risk adjustment program is a protective trust fund that transfers money from lower-risk plans to higher-risk ones. But as we know from history, safety nets never work – they merely breed dependency. The case of Obamacare is no different. In a matter of days after the Centers for Medicare and Medicaid Services (CMS) announced the launch of the risk adjustment program, Connecticut’s HealthyCT declared that it would be immediately placed under the order of supervision. Another announcement soon followed that Illinois’s co-ops would also be liquidating all of its assets and closing permanently.

Too many exchanges signed up with unrealistic expectations. Connecticut’s HealthyCT had anticipated to receive $11.4 million under the reinsurance program, but it was left with a deficit of $2 million after receiving its bill of $13.4 million for risk adjustment transfers. And unlike the reinsurance and risk corridor programs, the risk adjustment program has no expiration date. Therefore, the remaining co-ops will continue to be assessed millions of dollars until they, too, no longer have enough money to pay.

Oregon’s co-op was forced to close down immediately after the risk adjustment numbers came out. The Pacific Wonderland’s state exchange was supposed to be the national model for success. Instead, it closed down less than a year after it opened. Most of Oregon’s state exchange problems were caused by mismanagement and corruption. John Kitzhaber, the governor at the time of the closure, is currently under investigation for redirecting much of the $305 million that was intended for the exchange into his re-election funds.

Obamacare’s co-ops, just like Obamacare in general, are marinated crony capitalism and flawed socialistic philosophy. In order to salvage the healthcare market, Congress should act now to make the appropriate legislative changes that are all-too desperately needed. The body should also ensure that all wasted federal taxpayer dollars are returned back to the Treasury, because if there’s one thing that all Americans can and should agree on, it’s that the American citizenry should not have to pay for the reckless mismanagement of corrupt government officials. 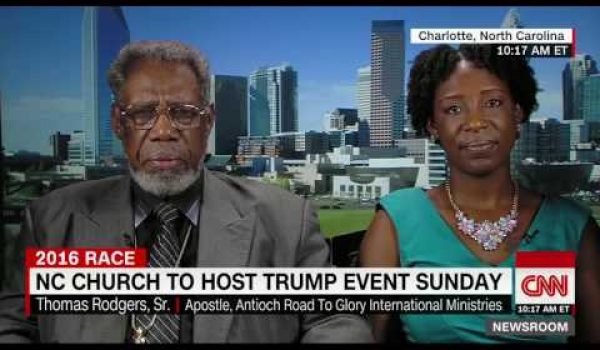