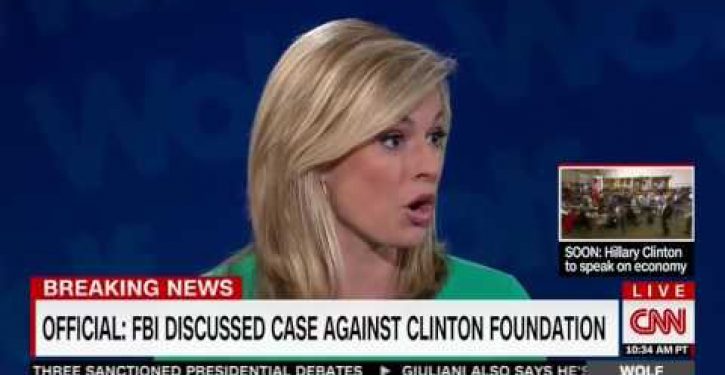 The investigation centers on New York City where the Clinton Foundation has its main offices, according to the former official who has direct knowledge of the activities.

The New York-based probe is being led by Preet Bharara, the U.S. attorney for the Southern District of New York. Bharara’s prosecutorial aggressiveness has resulted in a large number of convictions of banks, hedge funds, and Wall Street insiders.

The official said involvement of the U.S. Attorney’s Office in the Southern District of New York “would be seen by agents as a positive development as prosecutors there are generally thought to be more aggressive than the career lawyers within the DOJ.”

“The Civil Frauds Unit has collected close to $500 million in settlements since its inception, including multi-million dollar settlements with Deutsche Bank and CitiMortgage for faulty lending practices and other fraudulent conduct.”

Nicholas Biase, a spokesman for Bharara, said he would “decline comment.” Similarly, FBI spokeswoman Samantha Shero said, “we do not have a comment on investigative activity.”

Bharara is best known for securing convictions of prominent political figures, including former New York State Assembly Speaker Sheldon Silver. Silver had a seemingly intractable grip on power in the state for decades. He was convicted of accepting $4 million in exchange for helping a cancer researcher and two real estate developers.

He also secured the conviction of New York Republican Majority Leader Dean Skelos, who was sentenced to five years in prison for corruption.

The former official said the investigation is being coordinated between bureau field offices and FBI managers at headquarters in Washington, D.C. The unusual process would ensure senior FBI supervisors, including Director James Comey, would be kept abreast of case progress and of significant developments.

The reliance on U.S. attorneys would be a significant departure from the centralized manner in which the FBI managed the investigation of former Secretary of State Hillary Clinton’s use of a private server and email addresses.

That investigation was conducted with agents at FBI headquarters, who coordinated with the Department of Justice’s National Security Division (NSD).

The Clinton email probe was considered a “small cell” investigation, with FBI agents and NSD attorneys frequently conferring. Comey short-circuited the effort in early July by announcing that “no reasonable prosecutor” would try Clinton for the “careless” handling of classified material.

Comey, however, wouldn’t answer questions about any ongoing FBI investigation of the Clinton Foundation.

Before a July 7 congressional hearing about his decision not to recommend prosecution of Clinton, Comey told House Committee on Oversight and Government Reform Chairman Jason Chaffetz, “I’m not going to comment on the existence or nonexistence of other investigations.”

“Was the Clinton Foundation tied into this investigation?” Chaffetz persisted.

“I’m not going to answer that,” Comey replied.

In its 15 years of operations, the Clinton Foundation, formally known as the Bill, Hillary and Chelsea Clinton Foundation, has collected up to $2 billion from donors, according to The Washington Post. The donors include a wide range of the world’s wealthiest people: Eastern European tycoons, Arab Sheiks, African mining magnates, hedge fund billionaires and Wall Street firms.

The Post reported that the couple brought in $3 billion when campaign contributions are included in the total. “The Clintons’ fundraising operation — $3 billion amassed by one couple, working in tandem for more than four decades — has no equal,” the Post reported in a wide-ranging investigation into the sources of the couple’s funds.

In a related development Thursday, CNN reported that earlier this year, Justice Department officials in three different field offices “were in agreement a public corruption investigation should be launched” of Clinton Foundation activities.

The probe was sparked by a bank notifying the FBI of “suspicious activity” around a foreign donor to the Clinton Foundation, according to Pamela Brown, CNN’s Justice Department reporter.

Had it been launched, that investigation would have looked at conflicts of interest between requests by foreign donors and official acts by Hillary Clinton as Secretary of State. CNN did not identify the bank or the foreign donor.

Brown reported the FBI and Justice Department officials met but there was “disagreement” whether to launch such an investigation. In the end, the investigation was killed.

A separate investigation was approved, however, focusing on Virginia Gov. Terry McAuliffe, who was a member of the Clinton Foundation’s board of directors for most if its existence.

Terror suspect in Toronto detonates bomb, about to set off second when taken out by police
Next Post
Cartoon of the Day: Trump Derangement Syndrome