Picture it in your mind: Donald John Trump, on a blustery January day, a sea of people beneath him, the Capitol dome rising up behind him, as he is sworn into office as the 45th president of the United States.

Can you even imagine how Washington, D.C.’s political class would take it? I believe the Biblical term is “rending of garments and gnashing of teeth.” For Trump supporters, perhaps the only thing better than a Trump presidency would be watching the anguish of people who brought us Obamacare, an $18 trillion dollar national debt, “too big to fail,” millions of illegal aliens, and Common Core.

What special interest would stand to lose the most in the event of a political earthquake like a Trump presidency? Clearly, the pro-amnesty business lobby would face a bleak outlook. And the bureaucrats at the Veterans Administration would surely be nervous as they looked forward to being held to account for the shameful treatment our nation’s veterans.

But there’s an argument that the biggest losers aren’t people that are in the headlines.

According to the Government Accountability Office (GAO), the government wastes $125 billion per year on “improper” payments, either by mistake fraud.

Of that amount, which is more than the entire sum the government spends on veterans each year, a significant majority is concentrated in wrongful Medicare payments to hospitals – over $60 billion per year.

Most hospitals and health insurance companies are following the rules, of course, but there’s a cottage industry that is using loopholes and a complete dearth of accountability as its business model.

The problem is getting worse at a near-exponential rate under President Obama, who’s administration has moved to shield the people who helped him pass Obamacare from audits. In 2013, for instance, the estimated “wrongly paid” figure was only $106 billion, meaning it increased by almost 20% in one year to last year’s figure, the highest ever.

Put it this way: If your profit margin came from defrauding the government of millions of dollars, would you want a renowned outsider businessman who refused campaign donations suddenly in charge? I don’t think so.

Trump suggested he would go after the fraud in criticizing rival Ben Carson’s reform plans.

His timing is fortuitous, because the Obama administration was just exposed for moving to gut a key audit program that has recovered billions in fraudulent payments.

Last year, Dow Jones reported that Obama bureaucrats will be severely restricting the “Recovery Audit Contractors” program, permitting auditors to only review one half of 1% of hospital Medicare payments.

A report from Avalere Health estimated the change will cost the government $47 billion over ten years in wasted money, roughly the size of a small nation’s gross domestic product. Don’t worry though, we can afford it!

The RAC program works by paying private auditors a small portion of the funds they help the government recoup, which, for anyone with some business sense, is an obvious way to incentivize people to identify fraud.

The auditors have helped the government claw back literally billions of dollars in improper payments. But after a short while, the people who had been receiving those payments struck back, hard.

The American Hospital Association, whose members are generally the ones being audited by the program, has waged an all-out lobbying war on RACs in recent years, and has been slowly strangling the program to death.

Obama, who counted on the AHA’s support to help pass Obamacare, has been aiding and abetting them.

I’d love to be a fly on the wall at the emergency meeting their K Street hired guns call to discuss “President Trump.”

Breaking up America’s ‘old-consensus right’ – on the matter of Israel?
Next Post
These people heart Trump — but why? 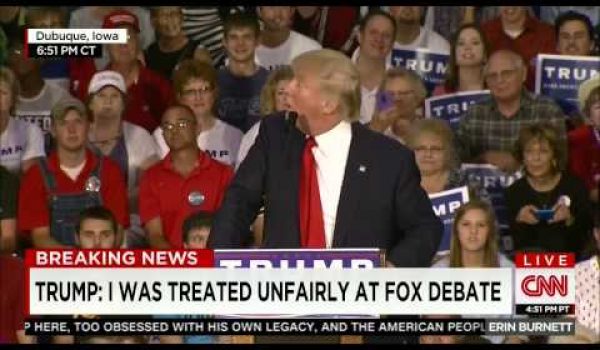