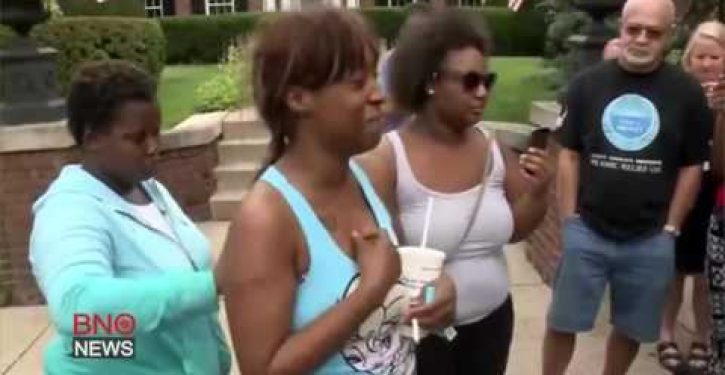 There remains much that we don’t know about this — the tragic shooting of Mr. Castile, a school cafeteria worker, during a traffic stop in Minnesota — so the point here is not that a new narrative has been definitively established.  But there are key elements of the story that are now credibly contradicted by emerging evidence.

Jenn Jacques at Bearing Arms has an excellent summary of them.  Readers are familiar with the original narrative from Castile’s girlfriend, Diamond Reynolds, who broadcast heartbreaking, live phone video of Castile after he was shot.  The policeman stopped Castile, the driver, for a broken taillight, and supposedly shot Castile while he was reaching for his wallet — mistaking the movement for a reach for Castile’s gun, which we are told he advised the officer of, and had a carry permit for.

Perhaps worst of all, we were left to believe that the officer simply let Philando Castile bleed out in the car.  The ambiguities of a given situation might prevent us from drawing hasty conclusions about the officer’s choice to shoot if he felt threatened.  But once Castile was unable to move and was bleeding badly, there surely was no excuse for leaving him without the emergency care on scene in which all police officers are trained.

Now it looks like the most important features of the original narrative were incorrect.  First of all, the police officer didn’t stop Castile because of a “busted taillight.”  We know that from the police radio recording.  At the time, the police were on the lookout for two suspects in the armed robbery of a store in the area, and Castile and Reynolds fit the description.  The officer who made the stop reported that he was about to stop the vehicle for that reason.

The officer clearly states, “I’m going to stop a car. I’m going to check IDs.  I have reason to pull it over.”

“The two occupants just look like people that were involved in a robbery. The driver looks more like one of our suspects, just ‘cause of the wide set nose,” the officer on the recording confirms.

Approximately a minute and a half later, comes the first report that there was a shooting.

This fact changes the nature of the incident more than any other.  An officer who thinks he may be stopping armed robbers will have a different mindset — about the threat level — from the one he’d have if he were just stopping someone for a broken taillight.  He’d be more likely to suspect the presence of a gun, and suspect that it could be used against him.  He’d be justified in firing into the car if he had to, even with other people in it, to save his own life.

Meanwhile, a photo posted by a bystander seems to show that the Castile car had two functioning taillights anyway.  (Since the video streamed by Reynolds was in daylight, this image would have had to be from later in the day.  That would fit, however, with the time it probably would have taken the tweeter, Rashad Turner, to get to the scene.)

On scene in falcon heights. Police killed another black man. Car pulled over for taillight. Both taillight on tho pic.twitter.com/DpOM6q4taR

A video posted on YouTube also appears to contradict the most damning feature of the incident: the officer’s implied disregard for Philando Castile’s condition after he was shot.  The video — assuming it does depict the aftermath of this incident — shows a pair of officers giving Castile CPR on the road next to the car.

At the less definitive level, there are a couple of points.  Jenn Jacques posts an image of something on Castile’s thigh that could have been a gun — something the officer might have seen as he looked in the window.  You can decide what you think about it.  We don’t have a full timeline of the exchange to go by, in order to evaluate everything the officer thought was happening at the moment when Diamond Reynolds says Castile was reaching for his wallet.

Regarding the carry permit, one county (Ramsey) already denied issuing Castile a carry permit.  Hennepin County next door, and the state of Minnesota, have declined to give out any information.  Jacques quotes angry anti-gun pundits who excoriated the NRA for supposedly not supporting Castile as a carry-permit holder.  But public officials haven’t allowed anyone to verify Castile’s status as a permit holder.

He may well have been one.  But the tiebreaker for the police officer in the situation at hand wasn’t Castile’s carry permit; it was the possibility that the driver of the car was an armed robber.

We don’t know, among other things, how clearly the officer conveyed an urgent warning that Castile should not move his hands around in a way that could be misinterpreted.  We can imagine what he said, but we don’t know for sure.  We don’t know enough to draw firm conclusions — except that this was an awful tragedy.  It demands, without question, a full and transparent investigation.  But nothing can make up for the loss to Philando Castile’s family and friends.

Two more points.  One, it looks like the foolish words of Minnesota’s governor (top link), Mark Dayton, may actually have been correct.  Dayton, a Democrat, weighed in on Thursday with the opinion that Castile would still be alive if he’d been white.  And indeed, if Castile had been white, he wouldn’t have fit the description of an armed robber on that afternoon in Falcon Heights.  For that reason, and no other, he probably wouldn’t have been stopped at all.

The other point is that there’s a much bigger narrative falling apart: the narrative that America is doing our black citizens any good by thinking of them as part of a “47%” that we “take care of” with low expectations and welfare programs.  For one thing, the evidence is staring us in the face that millions of black Americans don’t live by excuses, hand-outs, and the special privilege of not being responsible for their actions.  They don’t accept life at the lowest common denominator.  They know the “secrets” of a good life, like not nursing resentments but cultivating character, which is something we all have to do.

If the people of character — whatever their race or ethnicity — need to adjust what they’re doing, it’s not in the direction of simply giving one race or economic group a special veto over our common policing arrangements.  Instead, it’s in the direction of shedding our bad mindset about negative incentives like the welfare state, or public-school teaching standards that encourage people from every background to nurse grievances and feel angry and confused about their cultural history.  Too much of what our government does is now dedicated — quite literally — to fostering a sense of inequality and resentment in the people.

Race is an ugly dividing line, and race-mongering is real.  The political left excels in it, and has been making a living off of it for more than half a century.  Consider this: if Diamond Reynolds’ narrative about the shooting of Philando Castile should ultimately fall apart, it will be something that could easily happen with the narrative of a white person too.  The difference in public impact won’t be because of more acute observation, or a greater concern for truth, among white witnesses.  It’s not like white girlfriends are more reliable in that regard.  The difference will be that if this incident had involved white people, the odds are you would never have even heard about it. 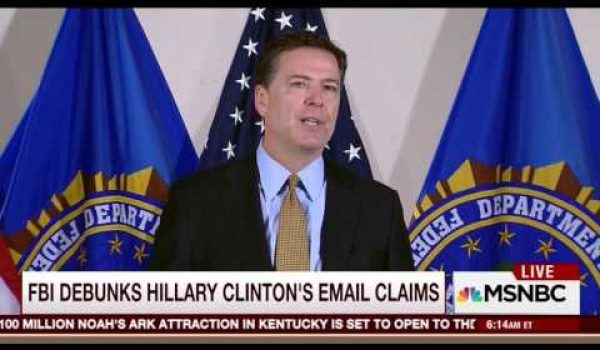