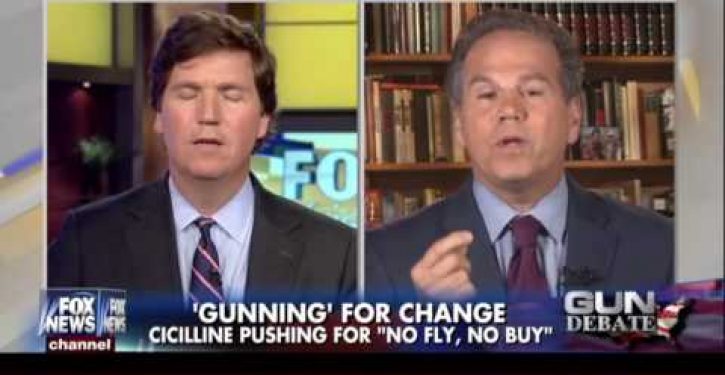 Friday morning “Fox and Friends” host Tucker Carlson interviewed Congressman [score]David Cicilline[/score] (D-R.I.), a fierce advocate for stricter gun laws. The two began their discussion about the recent Democratic House sit-in and eventually shifted to the Cicilline’s proposal for an assault weapons ban. The congressman listed the components of a weapon that made it an “assault weapon” but had no idea of the function of what he wants to ban.

According to Cicilline, a barrel shroud is one of the elements that make a rifle an assault weapon. But when pressed on what a barrel shroud does, he kept evading the question. (For the record, a barrel shroud is a safety feature that slips over that the barrel of a rifle to prevent the person handling the weapon from burning himself on the hot barrel.)

Call me crazy, but don’t you think that someone pushing for a ban on something should know what he is seeking to banish?

Ultimately, Cicilline is calling for weapon-related bans because they sound good in a political campaign, not because it will prevent terrorists from carrying out their murderous acts. In fact, when Carlson points out that none of the anti-Second Amendment bills proposed by the Democrats would have prevented the massacre in Orlando,  Cicilline responded that it doesn’t matter.

Below is a clip of the exchange: