Roses are red
Violets are blue
Abortion is legal
So f— you.

Milbank delights in this “valentine . . . delivered to the antiabortion movement.” He says it echoes a decision on Monday by the Supreme Court. That decision struck down a regulation of abortion clinics even though an appeals court had earlier found it did not impose an undue burden on the right to obtain an abortion. (As fellow LU blogger Rusty Weiss notes, Milbank has quite a history of childish insults). The Supreme Court’s 5-to-3 decision was joined in by the Court’s four liberal justices, and Justice Anthony Kennedy.

Milbank is not just uncivil, but hypocritical.  He accused Sarah Palin of incivility for infinitely less.  He baselessly accused Palin of unacceptably harsh rhetoric, and blamed her for inciting the shooting of Congresswoman Gabby Giffords and federal judge John Roll, merely because Palin posted a harmless “Facebook ‘target’ map showing the districts of Gabrielle Giffords and other House Democrats in a rifle’s cross hairs.” Milbank’s claim was a ridiculous smear: As even liberal publications like Slate have admitted, “crosshairs and bull’s-eyes have been an accepted part of the graphical lexicon when it comes to political debates,” and are not incitement to violence, any more than other commonplace political words like “targeting, attacking, destroying, blasting, crushing,” and “burying” are.

Although the Tucson shooter was a fan of The Communist Manifesto who almost certainly never saw Palin’s target map, and the federal judge he killed was a Republican, Milbank somehow managed to blame Palin, a conservative, for the shooting, gloating that Palin was “finally being held to account for recklessly playing with violent images in a way that is bound to incite the unstable” by left-wingers who blamed her for the shooting (blame that amounted to baseless scapegoating).

Milbank’s vulgar nastiness towards critics of the Supreme Court’s abortion rulings was completely unjustified. The Constitution does not mention abortion or so much as hint at a right to abortion (whether or not that would be a good thing — which it might be, in the first three months of pregnancy). But the Supreme Court made up a constitutional right to abortion in its 1973 decision in Roe v. Wade. Even many legal scholars who oppose laws restricting abortion have admitted that the Supreme Court just made up a Constitutional right to abortion out of nothing, and there is no such right in the Constitution. In Doe v. Bolton (1973), the Supreme Court effectively created abortion on demand through all nine months of pregnancy, by requiring that abortion be allowed even in the last months of pregnancy, after the fetus becomes viable outside the womb, based on alleged “emotional, psychological, or familial needs.”  It did this by issuing a broad list of reasons abortion doctors may consider in determining whether an abortion is necessary for a woman’s health: “all factors – physical, emotional, psychological, familial, and the woman’s age – relevant to the wellbeing of the patient. All these factors may relate to health.” In essence, the Court rendered abortion a super-right, rather than an ordinary right subject to limits. By contrast, even rights specifically listed in the Constitution, like the right to free speech, are interpreted by the Supreme Court as being subject to limits when there is a countervailing compelling government interest.

Milbank has celebrated bullying, intimidation, and civil-liberties violations by liberal politicians.  As the Cato Institute’s Gene Healy noted in September 2012, Milbank incited Obama to use the IRS and FBI against his political enemies, citing how JFK intimidated his opponents using such means:

In a November 2011 column, the Washington Post’s Dana Milbank offered “A Machiavellian model for Obama” in Jack Kennedy’s “kneecapping” and “mob-style threats” against steel-company executives who’d dared to raise prices. . . . Milbank observed that “the price increase was rolled back” only after “subpoenas flew [and] FBI agents marched into steel executives’ offices”: “Sometimes, that’s how it must be. Can Obama understand that?”

A recent Washington Post editorial by the paper’s management echoes this contempt for civil liberties in milder form, acting as an apologist for the IRS’s harassment of conservative groups. It implies that if any such groups were targeted, they probably deserved it, saying that “Nonprofits that may engage in political activity deserve IRS attention, because the government should not be subsidizing political groups through the tax code.” But nonprofits are not forbidden to be “political,” and of those that are “political,” the vast majority are liberal. Yet, according to NPR, the list of targeted groups was “top-heavy with conservative groups”: “282 conservative groups were on the IRS list, about two-thirds of the total number of groups that got additional scrutiny.”

Moreover, the Post’s claim about “subsidizing political groups” has no basis, because the targeting scandal involved 501(c)(4) groups, not 501(c)(3) groups. Contributions to 501(c)(4) groups are not tax-deductible, and in exchange for this loss of a valuable tax benefit, they are permitted to be quite political, although IRS rules say they cannot be predominantly engaged in elections (as opposed to activities like lobbying).

By contrast, donations to 501(c)(3) groups are tax-deductible, and in exchange, they cannot endorse political candidates at all, and are sharply limited in the amount of lobbying they do. But nothing stops a 501(c)(4) like a Tea Party group from lobbying all day long for legislation it believes to be in the public interest. That is perfectly legal under both the tax laws and the IRS regulations, and the IRS thus had no basis for holding up their applications for 501(c)(4) status. As a lawyer notes in a comment at this link, the premise of the Washington Post’s editorial was simply “Wrong,” because “There is no such subsidy to 501(c)(4) groups, because they — unlike 501(c)(3)’s — can’t receive tax-deductible contributions, as the Supreme Court made clear in Regan v. Taxation with Representation (1983).”

Interior secretary: If not for immigrants, Americans ‘would not eat’
Next Post
Russian frigate maneuvers to interfere with U.S. carrier operations off Syria 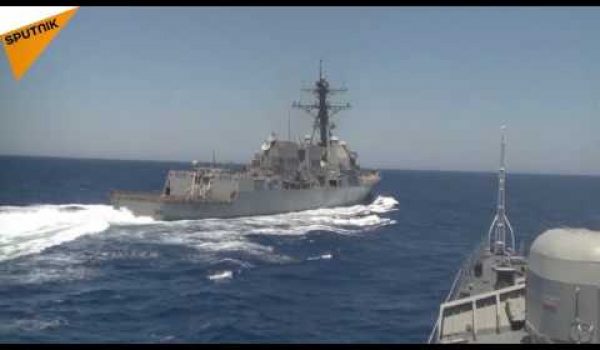