A Colorado pastor is facing a serious dilemma after the Colorado Springs’ transit agency said he could not advertise his church on bus stops because the name “Jesus” was too offensive.

Lawson Perdue, pastor at Charis Christian Center, has advertised on bus stop benches with the phrases “Celebrate Jesus,” or “Experience Jesus” for years. Now, the Mountain Metro Transit has decided this will no longer be allowed, The Colorado Springs Gazette reports. Currently, Perdue’s advertisement on the city’s benches includes the phrase “Jesus is Lord.” Perdue said the city’s transit told him that when his contract expired in July, he could no longer use the name “Jesus” because someone complained.

Perdue has advertised on benches around the city for three years. He is threatening a lawsuit, and the city’s transit is reviewing their decision and policies.

“A recent citizen complaint about certain advertising on bus benches has caused City Transit staff to undertake careful review of both the advertising and Transit’s current advertising policy in relation to the requirements of the 1st Amendment’s Establishment Clause,” the city’s transit said in a statement. “The Establishment Clause prohibits the endorsement of a specific religion or its tenets. Transit is working with the Office of the City Attorney concerning the matter and Transit’s advertising policy going forward.” 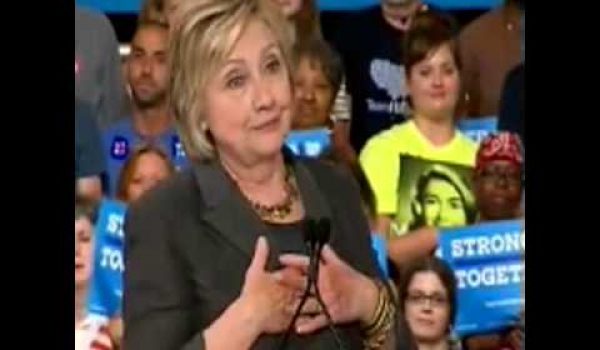 Hillary’s teleprompter mishap delivers a chuckle or two
Next Post
If you want to buy my vote, you’re going to need to do better than send me a ‘dirty’ picture