If you’re going to shout “Fire!” in a movie theater, you had damned better be able to prove you saw flame or smelled smoke. Similarly, if you are going to sue a business establishment for discrimination, you had better be sure you have all the facts.

Sara Farsakh thought she did. In May, Farsakh, who is Muslim right down to her head scarf, filed suit against a Laguna Beach, Calif., cafe, claiming that she and six friends had been ejected on the basis of their religion.

CBS Los Angeles affiliate KCAL reported at the time that the women were asked by the staff of Urth Caffé to leave because they had overstayed their visit. The restaurant, which is a popular destination, plainly advertises a 45-minute time limit for occupying a table.

Farsakh was certain the real reason she and her pals were ejected had to do with their religious attire. “I felt embarrassed, outraged and shocked by the discrimination my friends and I were subjected to,” Farsakh is quoted as saying. “I truly believe had I been sitting there with my friends that were not wearing headscarfs, we would not have been asked to leave.”

Just one small problem with Farsakh’s story: The cafe’s co-owner, Jilla Berkman, happens to be a Muslim herself. So, she says, is a large portion of the customer base.

Berkman has filed a countersuit claiming that Farsakh’s suit is “a fraud and a hoax on the courts and the media. It is nothing short of an abuse of process to extort public apologies and other accommodations.”

A hearing for the case has been scheduled for this coming Tuesday, June 28.

Who’s your daddy? D.C. City politics disproportionately ‘influenced’ by this group
Next Post
Nancy Pelosi complains that Democrats had to brave THIS during their ‘sit-in’ 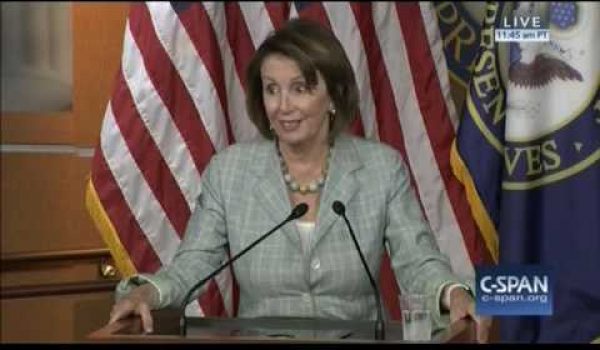