Emmett McGroarty, a lawyer and senior fellow with the American Principles Project, is losing patience waiting for the Republican Congress to contest dangerous power grabs by the Obama administration in regards to education policies.

McGroarty’s issue portfolio puts him in constant touch with parents in all 50 states to fight Common Core. He campaigns against increased data collection and privacy invasion by the federal government and helps the national opt-out movement, which is spreading like wildfire as students increasingly refuse to take standardized tests.

McGroarty says the Republican establishment, with a special mention of former Speaker [score]John Boehner[/score] and Sen. [score]Lamar Alexander[/score] (R-TN), has “utterly failed.” Too many Republicans, he thinks, partner with Barack Obama’s progressive education policies, rather than stake out a principled manner to roll back the federal government.

McGroarty says Obama has clearly seen the GOP retreat — cowering and scared — so he advances more of his progressive agenda, now focusing on federal mandates over school bathroom policies. Republicans are now “scurrying away like little squirrels running from a dog,” he decries.

The newest Obama education May 13 decree on transgender bathroom policies, this lawyer says, is an “unauthorized act,” which has complete disregard for the law and “the safety, dignity, and privacy” of children.

The Obama administration’s chief motive is to advance a radical agenda, contrary to the will of the people, laws of nature or even biology, he says. This last week, surprisingly, 43 House Republicans appeared to endorse the contentious policy via a spending bill.

McGroarty explains how the Obama education agenda is one that undermines America’s founding and degrades individuals as human beings. Yet, he says, central planners never anticipated the new, growing parent opt-out movement. This movement challenges Common Core in each state and has a growing demand for student privacy, resulting from the inroads of technology companies and the federal and state government.

Obama is advancing his agenda by executive actions as well as offensive laws passed by the Republican Congress. McGroarty joins many in believing Republicans are being played as they bow to the media narrative that demands they govern, and not obstruct, Obama’s agenda. Even former Obama Education Secretary Arne Duncan bragged in December of outmaneuvering the Republicans during the reauthorization of the massive “No Child Left Behind law” – a law despised by increasing numbers of parents, teachers, liberals and conservatives.

McGroarty details the differences in education policy between former Secretary of State Hillary Clinton, who has always supported centralized education, and Donald Trump. Trump, he says opposes Common Core and supports local control of education, but has provided inadequate details of his policy beliefs, according to McGroarty. 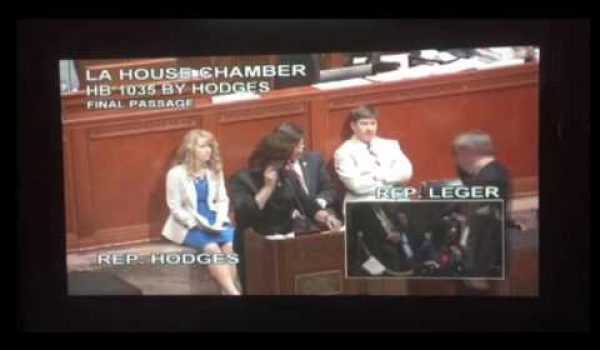