Those crazy Iranians! It’s no wonder that President Obama and Secretary of State Kerry love them so much that they keep giving the rogue regime whatever it wants.  Iran comes up with the most wacko propaganda. It’s almost as good as what the liberals here at home shovel at the American people.

Iran’s defense minister, Brigadier General Hossein Dehqan, says Iraq and Syria, currently engaged in war on Shia Muslim groups have been snookered into a plot designed jointly by the United States and the Zionists. “What is today happening in Syria and Iraq is a deep-seated U.S.-Zionist conspiracy that has triggered war in Muslim territories,” he told reporters on Tuesday.

Zionists are supporting terrorists and equipping them, i.e. pitting them against Muslims. What is important for them is to guarantee the Zionist regime’s security….

The minister noted that Zionists do not care for any sectarian strife in the Muslim community.

Reiterating that Takfiri [a term used by Sunni Muslims to accuse another Muslim of apostasy] militants are by no means followers of Islam, the Iranian minister said, ‘Takfiri terrorists have no affiliation with Islam in terms of faith and conduct and their approach is reprehensible.’

Syria has been gripped by foreign-backed militancy since March 2011. Damascus says Saudi Arabia, Turkey and Qatar are the main supporters of the militants fighting government forces.

United Nations Special Envoy for Syria Staffan de Mistura estimates that over 400,000 people have been killed in the Syrian crisis.

Gruesome violence has plagued the northern and western parts of Iraq ever since Daesh launched an offensive in the Arab state two years ago.

General Dehqan is a very lucky man. If he ever really had to face a plot by America’s military, he would be dead or captured long before he had a chance to talk to the press. The IDF would be almost as quick. Not that either one would want to launch a plot against Iran.

Anyone who still doubts the Clintons are greedy and corrupt should see this movie
Next Post
Video: How to cook and eat cicadas 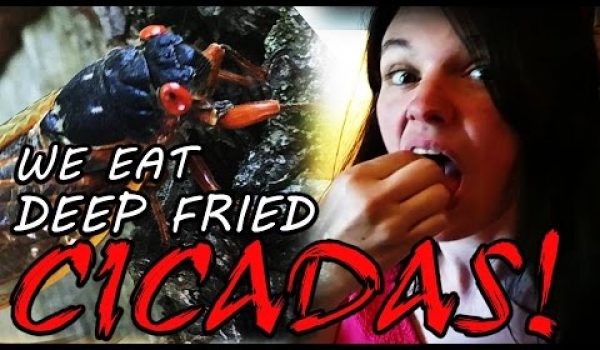