Hillary Clinton may well be running for Barack Obama’s third term, but lately she has dropped hints that “four more years” is not actually what the country needs. Earlier this month she promised (warned?) that she might coax her husband “out of retirement” to help reinvigorate the still-ailing economy. This admission that the recovery has been weak came days after her former boss boasted that he had saved the world economy.

On Monday, the presumptive Democratic nominee was confronted with another unpleasant reality of the Obama legacy. A small business owner told her at a campaign event in Virginia that her family’s healthcare costs under Obamacare had more than doubled.

“I have seen our health insurance for my own family go up $500 a month in the last two years,” the woman said. “We went from $400-something to $900-something … we’re just fighting to keep benefits for ourselves.”

Clinton acted surprised, as though she was unaware that Obama’s signature legislative achievement had failed bigtime on just about every one of its promises, especially on reducing the cost of healthcare for American families. Here was part of Clinton’s reaction:

What you’re saying is one of the real worries that we’re facing with the cost of health insurance because the costs are going up in a lot of markets. Not all, but many markets. I think that the Affordable Care Act is a big step forward for the vast majority of Americans, but we have to look at out of pocket costs, copays, deductibles, premiums.

She went on to offer her solution, which is to extend health insurance subsidies to more families: an interesting “fix” for a program that is already economically unsustainable in its current form.

Clinton also said that insurance companies should be forced to explain why they are raising prices. Assuming she took Economics 101 in college, shouldn’t she already know the answer? 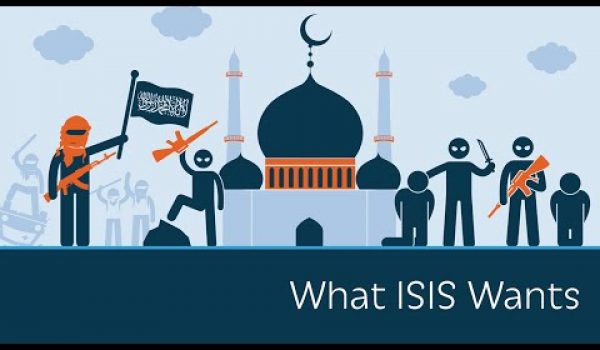 Video: Prager U on what ISIS wants
Next Post
What we can learn from story of woman who says she was mistaken for transgender, abused