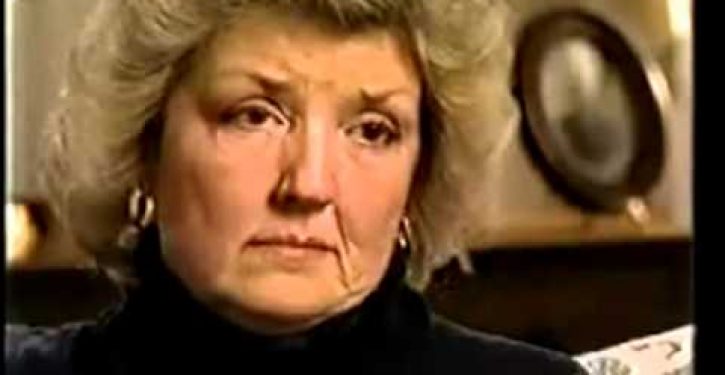 Donald Trump and his campaign have been criticized for their treatment of women and justifiably so. As previously covered, both the candidate and his campaign manager have displayed misogyny during the course of the 2016 race.

It would be unfair however, to point out the mistreatment of women by the presumptive Republican nominee without showcasing his Democratic counterpart. Much of the Hillary Clinton’s personal war on women revolve around the perfidy of her husband, the former president.

Bill Clinton’s constant infidelities in themselves are not a real issue in the 2016 presidential campaign. What should be an issue however, is how Hillary treated, and at times threatened, these women, especially the ones who claim they were sexually attacked by Bill Clinton.

This is the story of one of those women, Juanita Broaddrick, who says that Bill Clinton raped her in 1978, and that Hillary Clinton attempted to silence once the sordid affair went public.

In a 1999 Wall Street Journal article, Broaddrick told about the horrible day in 1978 when she accepted the invitation of Bill Clinton, then running for governor of Arkansas, to visit his campaign headquarters the next time she was in Little Rock. When she was in the city attending a nurses conference, she called the office to arrange a visit. Clinton wasn’t there but “an aide [who answered] … seemed to expect her call, and … directed her to call the attorney general at his apartment. They arranged to meet at the coffee shop of the Camelot Hotel, where the seminar was held.” But the future president said it was too noisy and they should have coffee in her room.

…[T]he conversation did not linger long on the candidate’s plans for social reform. For, Mrs. Broaddrick relates, he then put his arms around her, startling her. “He told me, ‘We’re both married people,’” she recalls. She recalls, too, that in her effort to make him see she had no interest of this kind in him, she told him yes, they were both married but she was deeply involved with another man – which was true.

That other man was David Broaddrick, who at the time of the Journal interview was her husband of 18 years.

But that didn’t matter to Bill Clinton, who “she says, got her onto the bed, held her down forcibly and bit her lips. The sexual entry itself was not without some pain, she recalls, because of her stiffness and resistance. When it was over, she says, he looked down at her and said not to worry, he was sterile – he had had mumps when he was a child.”

“As though that was the thing on my mind – I wasn’t thinking about pregnancy, or about anything,” she says. “I felt paralyzed and was starting to cry.” As he got to the door, she remembers, he turned. “This is the part that always stays in my mind–the way he put on his sunglasses. Then he looked at me and said, ‘You better put some ice on that.’ And then he left.”

Her friend Norma Rogers, a nurse who had accompanied her on the trip, found her on the bed. She was, Ms. Rogers related in an interview, in a state of shock–lips swollen to double their size, mouth discolored from the biting, her pantyhose torn in the crotch. “She just stayed on the bed and kept repeating, ‘I can’t believe what happened.’” Ms. Rogers applied ice to Juanita’s mouth, and they drove back home, stopping along the way for more ice.”

Juanita Broaddrick also told her story to NBC News in 1999, A video capture of that interview follows but doesn’t include the full story. Earlier this year, Broaddrick told Breitbart News that NBC wouldn’t let her talk about Hillary.

… [D]uring the pre-taped interview, she began to tell [NBC reporter Lisa] Myers about a personal meeting with Hillary Clinton three weeks after the alleged rape in 1978, in which, Broaddrick believes, the future First Lady strongly implied the alleged rape victim had to stay silent about her traumatic experience.

Apparently an NBC staffer present for the filming rushed in front of the camera, interrupted the prerecorded session, and declared that the allegations against Hillary Clinton could not be included in the interview.

In 2007 Sean Hannity interviewed Broaddrick and allowed her to tell the story NBC wouldn’t. A video of that interview follows, but after you watch it, you will never be able to see Mrs. Clinton as the defender of women that she claims to be. (A transcript of the interview appears following the video.)

Juanita Broaddrick:  They came in, but just before they did, the driver, who was a — who had gone to the airport and picked them up came over to me and said that — he was a local pharmacist in this area and I think he’s relocated now … but he told me, he said the whole topic of conversation from the airport was you and are you going to be there? And…

Sean Hannity: This is a friend of yours, the driver?

Hannity: And he told you that?

Broaddrick: He came over to me and said that, and I really didn’t know what to think about that. The minute they came in the door, I’m standing over in the living room area and I see them come through the kitchen area, and I see her going up to someone and they’re pointing at me. And I see him go the opposite direction. I assumed when they came in if I was still there that he might come up and say something, but she made her way just as quick as she could to me.

Hannity: And what happened?

Broaddrick: Well, I almost got nauseous when she came over to me.  And she came over to me, took a hold of my hand and said, “I’ve heard so much about you.  And I’ve been dying to meet you” or been wanting to meet you, I can’t — it’s just paraphrasing right now. And she said, “I just want you to know how much Bill and I appreciate what you do for him.”  And I said, “Well, thank you.”  And I started to turn and walk away.  This woman — this little soft spoken — pardon me for the phrase — dowdy woman, that seemed very unassertive, took ahold of my hand and squeezed it. And said, “Do you understand everything that you do?”  I could have passed out at that moment.  And I got my hand from hers and I left.

Hannity: How hard was she — she was really squeezing?

Broaddrick: Yes. She was just holding onto my hand. She didn’t — because I had started to turn away from her. And she held onto my hand and she said, “Do you understand everything that you do?” I mean, cold chills went up my spine. That’s the first time I became afraid of that woman.

Hannity: You interpret that to mean she knew about the incident?

Broaddrick: I certainly do. “And thank you for keeping quiet.”

Hannity: How would she have known?

Image of the Day: How to use a urinal if you’re a man who thinks he is a woman
Next Post
Swedes confused, upset when migrant assaults daughter in home he was taken into