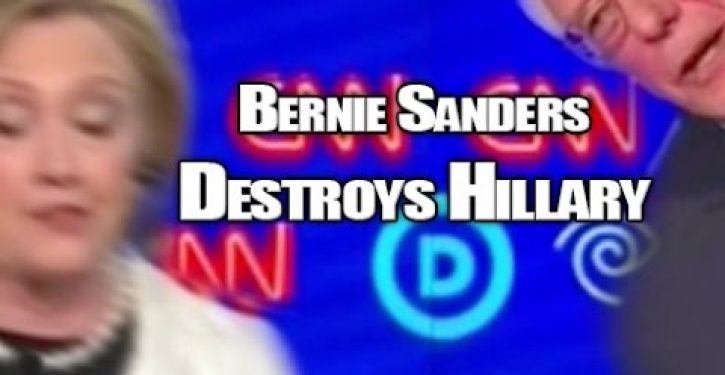 Barack Obama’s lecture on civility following the shootings in Tuscon in 2011 sure has been helpful in keeping the tone of the political dialogue respectful. Long gone are the days when a candidate for high office would place crosshairs on a map to designate districts the candidate would be targeting. Gone is the angry invective on the floor of the U.S. House of Representatives where a Republican congressman accused his opponents across the aisle of wanting to kill Americans.

A newly minted example of the civil tone of our discourse found its way into the blogosphere via a viral video by a YouTube channel that calls itself CoolJunkProductions.

The video, which follows, shows a portion of a debate between Democratic contenders Bernie Sanders and Hillary Clinton on gun violence. At 0:19, Sanders reaches inside his suit, pulls out … well, let’s just say that rather than issue a spoiler alert, we will advise that the video contains graphic content, which may not be suitable for all viewers.

As Weasel Zippers sagely notes, someone needs to alert the Secret Service about this bit of “high comedy.”