The video below is a mix tape of debate highlights from this campaign season that have been cobbled together to give a sense of what a showdown between the two presumptive nominees might be like.

The hypothetical one-on-one is a sidebar to an article in Time magazine by Joe Klein titled “Why the Clintons don’t fear the coming Armageddon with Donald Trump.”

It’s an interesting title for two reasons. First, there is the idea, which I don’t dispute, that the likely coming general election contest between Hillary and The Donald has an End of Days feel to it. Second is the notion that Trump will be taking on a tag team, which again has a ring of truth to it. Bubba has been stumping for his wife and recently promised to step up his campaign appearances.

As to Klein’s premise that Bill and Hill are unfazed by the prospect of waging battle against  unconventional candidate and loose cannon, he offers two supporting presumptions. First is that the Clintons are battle-tested. In 1992, Bill Clinton was confronted with details of his dark past as, Klein writes, “a Vietnam draft dodger and a womanizer,” yet managed to emerge victorious.

Second, Hillary’s “ultimate trump card will be … her relative humanity,” a trait that, in Klein’s view, Trump obviously lacks. Klein’s evidence of this contrast is curious. He writes:

Her decision to sit down with West Virginia coal miners and apologize for her harsh, but realistic, prediction that they’ll be losing their jobs is the sort of thing that would be unimaginable for Trump. In the amped intimacy of a presidential campaign, such moments matter.

“Donald Trump,” he submits earlier, “is an implausible President.” That may well be, but try telling it to the dozens of pundits who declared for the first time last June and repeatedly in the months since that Trump was an implausible nominee.

In the light of Klein’s essay, the video compilation comes off more as whistling past the graveyard than it does the high comedy it is presumably intended to be. 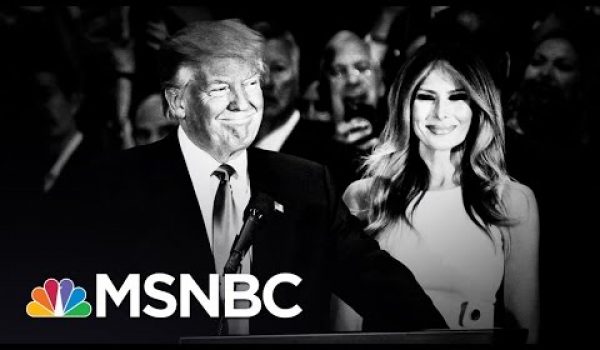