It won’t be a big surprise to most people that the Florida man recently caught plotting to bomb a synagogue in Aventura, in south Florida, converted to Islam four years ago.  What is more worrisome is the policy theme from U.S. authorities about whether he had “actual links” to Islamic State.

The would-be bomber is 40-year-old James Gonzalo Medina, who reportedly has had another run-in with law enforcement (specifically for stalking).  The FBI basically stung him last week in a plot to bomb the Turnberry Jewish Center in Aventura, which includes a synagogue, a school, and meeting halls.  According to Fox News:

“MEDINA explained that if he would conduct an attack he would want to do it at a synagogue because Jewish people are the ones causing the world’s war and conflicts,” the complaint against Medina said. …

According to the FBI, Medina wanted to create a leaflet to be left at the scene in which he would claim the attack was traced to the Islamic State terror group. There’s no evidence the group was actually linked to Medina, but he told the informant that leaflet would “make it look like it’s ISIS here in America. Just like that.”

The plot, Medina said in one conversation, would be to “strike back at the Jews, by going to a synagogue and just spraying everybody … It’s a war man and it’s, like, it’s time to strike back here in America.” Later, Medina called the plan “my call of duty.”

“When I’m doing this, I feel that I’m doing it for a good cause for Allah,” he is quoted as saying. …

He allegedly discussed planting a bomb as close to the door of the synagogue as possible or leave it in a bathroom.

“I mean though, whatever, whatever it is, it’s just gonna go off,” Medina reportedly said. “I wanna see damage happen to their ass.”

Medina allegedly said he wanted to go through with the plot because he has “a lot of love for Allah.”

The Orlando Sun-Sentinel reveals that Medina said he converted to Islam four years ago.  He goes by James Muhammad now, as well as Medina.

All of the mainstream news outlets have emphasized that there is no evidence ISIS is “actually linked” to Medina — presumably flogging this point at the behest of the FBI, for which it has some meaning in terms of both intelligence, and bringing the charges against him.

But as a matter of public policy — separate from the technical concerns of law enforcement — the specific, traceable links matter less.  Public policy should be looking at the big picture.  The big picture tells us that Medina was inspired by ISIS, and didn’t have to literally be a card-carrying ISIS “operative” for that to make the difference.  He was still plotting to bomb the Jewish center in ISIS’s name.

In fact, ISIS relies for its success, against significant odds, on decentralization and individual initiative.  Western governments place much more emphasis on tracing links and threads to a central source than ISIS places on keeping those connections under centralized control.  The conclusions that analysts at the Rubin Center have drawn about Islamic State’s campaign tactics apply equally to the group’s strategic approach.  ISIS is willing — indeed, prefers — to inspire “free-lancers” and have them out in the hinterland (including the United States) spreading chaos on their own timetables.

These brief sentences are key in the analysis of the Rubin Center’s Norvell B. de Atkine (emphasis added):

They [ISIS guerrillas] attack in small units with decentralized or very little control at all.  This allows the experienced leaders to exercise their initiative, something rarely seen in conventional Arab operations.

A 2015 study by the Terrorism Research Initiative suggested a similar conclusion about Islamic State’s strategic approach.  The New York Times summarized its findings under the heading “ISIS Mostly Inspires Terrorist Attacks, Rather Than Order Them, Study Says.”

The aspect of decentralized initiative is extraordinarily important.  It’s why Western governments will be in a tail-chase as long as they continue to treat ISIS, and Islamist terrorism in general, as a law enforcement problem.  ISIS is not a drug cartel — which relies on top-down control and inviolable cohesion — nor does it have the similarities to a cartel that Al Qaeda has.  “Tracing links” has its uses with ISIS, but as intelligence to develop a picture of the enemy, not as a way to reliably prevent terror attacks.  Those could come from anywhere.

Tracing links is also not the way to attack ISIS’s center of gravity — which is its apocalyptic idea, and its association of terrorizing people in specific territories with that idea.  A big reason why ISIS lays out its apocalyptic expectations in such detail, in its online magazine, is so that free-lancers will have a strategic vision to inspire them to take initiative, without ISIS’s top echelon having to plan and order everything.

So it does our thinking a disservice to overemphasize the point that ISIS wasn’t caught having specific, demonstrable connections to James “Muhammad” Medina.  The disservice is great enough that, in my view, we ought not to emphasize this technical point at all.  For every purpose that matters, ISIS is here — already, and in a way that will keep producing terror plots and actual attacks.  It’s bad enough to have ISIS inside our OODA loop over in the Eastern hemisphere.  If ISIS can stay inside our OODA loop in the U.S. homeland — by the incredibly cheap method of encouraging decentralized initiative — we have a really bad time ahead of us in the next few years.

Survey: One third of San Fran residents want to leave; recent arrivals most disillusioned
Next Post
Video: Prager U asks why are there still Palestinian refugees 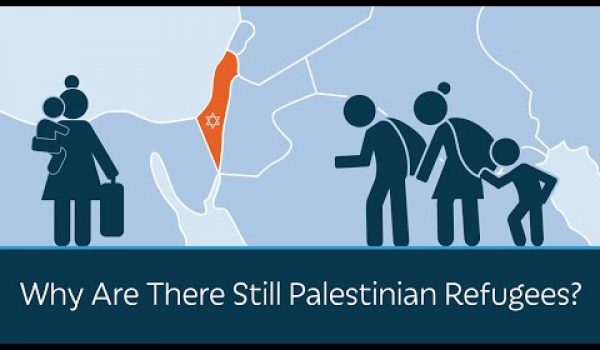