It was reported in this space yesterday that Rutgers University agreed, only after much friendly persuasion, to remove from public display a “work of art” that depicted Jesus crucified to a dartboard.

A statement issued in conjunction the decision to capitulate to those offended went out of its way to omit religion as a factor. Jessica Pellien, director of communications at Rutgers University Libraries, was quoted as explaining:

The artwork in question was removed from the exhibit because it did not meet Rutgers University Libraries policy, which requires art exhibitions and their pieces to be based on university events, curricular offerings and topics of interest to the university community.

A report from FrontPage Mag on another religious artwork that Rutgers was asked to censor suggests that a double standard is at work:

The April 5, 2016 issue of The Gleaner, the student paper of Rutgers University-Camden, published a cartoon of Muhammad, Buddha and Jesus in a bar. Its content, however, cannot be known at this point, because at the behest of Muslims on campus, and in a case fraught with implications for the health of the freedom of speech today, the entire issue has been deep-sixed.

Two weeks after the cartoon was published, the April 19 issue of The Gleaner contained a letter from the Muslim Brotherhood campus group, the Muslim Students Association, saying that it found the image offensive and asking The Gleaner to remove the image from the April 5 issue and circulate a new edition of that issue without it. The MSA letter claims that Christians and Jews on campus told MSA members that they, too, found the image offensive.

Not only did the staff of The Gleaner go around campus and collect every last copy of the paper with the offensive cartoon but it’s editor, ironically named Christopher Church, issued a lengthy written apology:

Notice, incidentally, that the cartoon included likenesses of Buddha and Jesus, the apology was addressed only to Muslim Students Association. The reason, according to the author of the FrontPage article, Robert Spencer, is obvious:

In light of the violent attacks on those who have depicted Muhammad, The Gleaner by removing the image is bowing to the implicit threat of violence — which only in the long run encourages more violence. Rutgers’ Art Library recently featured an “artwork” depicting Jesus on a dartboard. It was ultimately removed, but not because it offended Christians. No one cares if Christians are offended: Rutgers officials know that offended Christians won’t murder them.

Cartoon of the Day: Sports update
Next Post
UNC enables reporters posing as sexual predators to use bathrooms for deviant purposes 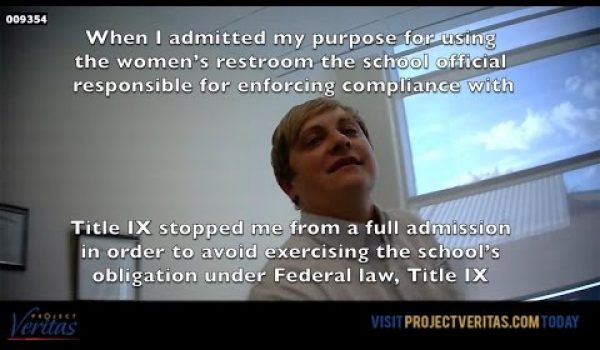