Saddle up.  Your eyes may glaze over here.  But knock it off, shipmates.  You’re going to have to understand what’s actually being proposed, rather than accepting the words the mainstream media and the leftosphere will be tossing at you.

Politico obediently refers to this experiment, which will affect 25 million people, as “a new payment scheme for Obamacare.”  It’s not.  It’s a new scheme to decouple the way health care is delivered from the accountable selection and costs of procedures.

If an MRI is ordered, you can tell you had an MRI, and so can everyone else.  There’s an accountable, standardized way to bill for an MRI.  There’s a record of an MRI.  There are results from it.  Other doctors can get the results if they need them, and you can access the results at any time, because it’s your MRI and you paid for it, and you agreed to it and know what it was for.

People in the “system” know how much an MRI costs, and can judge how much your health care cost, and why, and can review important things about it like how useful it is in cases like yours to have MRIs, and whether the costs are worth the benefits.

These things make the system accountable.  Although the rapidly increasing intervention of government makes you feel differently, the person the system is ultimately accountable to is you.  There are names of procedures, specific explanations, lists of costs for what’s being done for you.  You and the doctor both see those same things.  You both understand the basis of your care the same way.

Obamacare wants to take that away from you.

Let’s be clear on something at the outset.  Health care has always been a matter of navigating from procedure to procedure.  There’s nothing burdensome or problematic in that fact.  Diagnosing problems and prescribing and performing treatment for them is a process composed entirely of procedures.  Procedure-based medicine is not a problem, as medicine.  It’s how things are supposed to be.

But that’s exactly what the architects of Obamacare want to change.  Think of it this way.  Instead of you interacting with the health care system when you need procedures, at your discretion and with a doctor’s expert, personalized advice, they want you to be a client at their discretion, in a permanent health-management program for which you basically pay a retainer every month with your so-called “insurance premium.”  (On the back end, of course, you pay an additional amount every month through your federal and state taxes.  Plus, bonus! – you’re accumulating a share of public debt for it every month.)

Let’s look at what doctors who sign up to participate in this experiment, which is called “Comprehensive Primary Care Plus,” will have to do.

[P]roviders who volunteer to participate will received fixed monthly fees for every patient and bonuses for meeting various quality goals. When their patients stay healthier and require less-expensive care, many primary care doctors will also share in the savings to Medicare, Medicaid or private insurers. …

They will be required to give patients 24-hour access to care and information, and to meet various metrics for managing and coordinating care. Otherwise, though, they can treat their patients just about however they want, and their reimbursements will no longer depend as heavily (and in some cases not at all) on the protocols they follow or tests they administer. They will receive more money up front, and if they help keep their patients healthier, they can receive extra money on the back end.

Think about it.  That means you don’t have a choice about how much you show up to be monitored for your health – and neither does your doctor.  The payment-incentive system operated by Obamacare – the system that pays your doctor every month to keep being your doctor – is the entity that decides how much you have to be monitored, if your doctor is to remain in good standing.  You won’t have the discretion to use your health-care dollar as you see fit.  You’ll be “managed” according to a health-management scheme.

Absolute realism is in order here.  Of course, any doctor who signs up for this experiment will be agreeing to abide by the rules of the payment-incentive system.  You can be sure the rules will include things like penalizing you, probably with compulsory treatments or even loss of service, if you don’t bring your cholesterol down.  Your doctor will be penalized financially for poorer outcomes; he can’t afford to keep you as a patient if you don’t get “healthier.”

But this scheme will also be where Obamacare enforces its intrusive interest in – wait for it – whether you have a gun in the house or not.

If your client relationship with your doctor and the health care system is not procedure-based, but outcomes– and lifestyle-based, then performance will be compelled from you, if you want to retain access to the system.

Don’t forget, though, you will ultimately be paying for the entire thing.  Let me say that again.  Let’s emphasize it as much as a word-processing program possibly can.

YOU WILL ULTIMATELY BE PAYING FOR THE ENTIRE THING.

No one will be doing you any favors.  No one will be “helping” you, by “offering” you something you didn’t have before.  You will be required to pay for a system that is not accountable to you, but which can compel performance from you if you want to retain access to it.  And even if you lose access to it, you’ll still have to pay for it, one way or another.

The Obamacare purchase mandate has made sure of that.  If you’re a net payer of federal income tax, you have to pay, either for “insurance premiums” or by paying a penalty.  The only way for most people to get out of paying one or the other is to become a welfare malingerer.

The patient, much like the doctor, will just have to accept being told what performance wickets he needs to wriggle through.  Well, that and pay for the whole bloody thing. 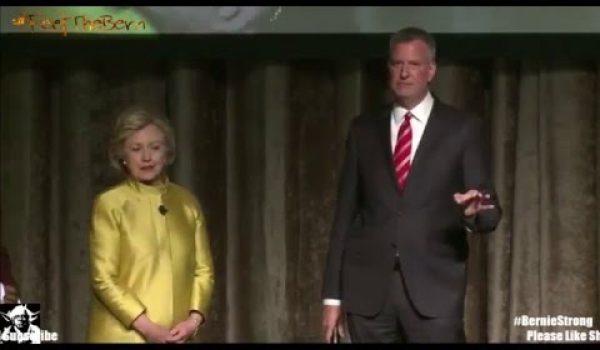