Michael Moroz, a University of Pennsylvania-bound 17-year-old, is not black, which obviously means his life doesn’t matter. The senior has left high school for the sanctity of home schooling, but there is no “safe space” for people like him. He continues to receive death threats.

His “crime”? He wrote an editorial in his school newspaper last December that was critical of Black Lives Matter. The column, portions of which appear in an essay Moroz wrote for the The Federalist in January, is everything victimists and their supporters on the left hate: It is literate, logical, and exposes the lies and half-truths on which that movement is based.

In the editorial he launched a full frontal assault on BLM’s ideals and M.O., daring to describe one of its dubious poster children, Michael Brown, as “a delinquent” who was “at worst, justifiably killed, and at best, a thug.”

As if to prove the merits of his argument, his fellow students, abetted by “adult” #BlackLivesMatter activists, posted tweets noting that someone ought to “shoot” him, that he must be “dealt with,” and that he will “catch these hands” in the hallway at school.

One especially chilling tweet called him “a smug [expletive] that thinks his white privilege will keep him from getting popped,” adding that he needs to be “smoothed the [expletive] out.”

To add insult to injury, teachers barely discouraged students from threatening Moroz. When a student asked one of her teachers in a tweet if he would penalize her for punching Moroz, the teacher answered affirmatively but disgracefully added “lol.”

A GoFundMe page that was begun shortly after the editorial first appeared includes a quote from Moroz’s mother, who laments:

My son has lost sleep, he is very stressed out and scared (trying not to show it), exhausted, disappointed. He does not feel safe anymore. It is very hard to tolerate insults from people who preach tolerance. I consider this incident as a collective effort to destroy my son physically and emotionally, to destroy his future.

Moroz himself notes the double standard in quote to Fox News:

If I made threats on Twitter against someone who wrote a pro-Black Lives Matter column, I wouldn’t be getting any leniency. It’s been more than one person and the school isn’t doing anything about it.

Riddle: What do Muslim women wear to the beach?
Next Post
College professor: We will have peace in the U.S. when this has been destroyed 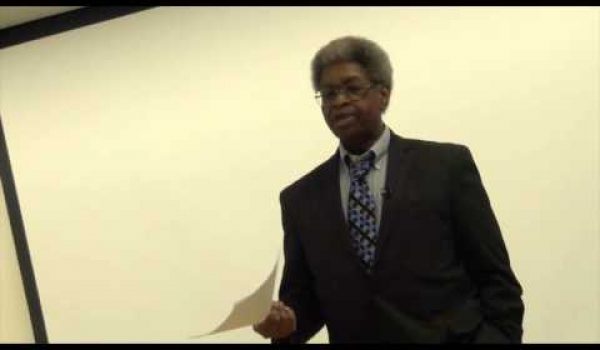