The National Review wonders why President Obama did a photo op in Cuba in front of a giant mural of Che Guevara, given Che’s participation in countless acts or murder and torture (he was also a virulent racist). As it notes, Che was

an Argentinian revolutionary who served as Castro’s primary thug. He was especially infamous for presiding over summary executions at La Cabaña, the fortress that was his abattoir. He liked to administer the coup de grâce, the bullet to the back of the neck. And he loved to parade people past El Paredón, the reddened wall against which so many innocents were killed. Furthermore, he established the labor-camp system in which countless citizens — dissidents, democrats, artists, homosexuals — would suffer and die. This is the Cuban gulag. A Cuban-American writer, Humberto Fontova, described Guevara as “a combination of Beria and Himmler.” Anthony Daniels once quipped, “The difference between [Guevara] and Pol Pot was that [the former] never studied in Paris.”

As American Thinker notes, Che was an egregious racist who said, “What will our Revolution would do for blacks?–why, we’ll do for blacks exactly what blacks did for the Cuban revolution. By which I mean: nothing!” Repulsively, he also said, “The negro has maintained his racial purity by his well known habit of avoiding baths.”

As the Cato Institute notes, Che was both a racist and an “anti-semite,” who wrote that “The Negro is indolent and lazy, and spends his money on frivolities, whereas the European is forward-looking, organized and intelligent.”

Was ‘Trump 2016’ prophesied centuries ago?
Next Post
Is Trump wrong about a border wall? One stunning chart provides an answer 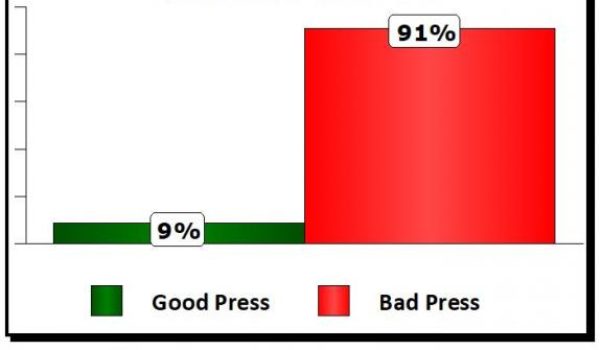