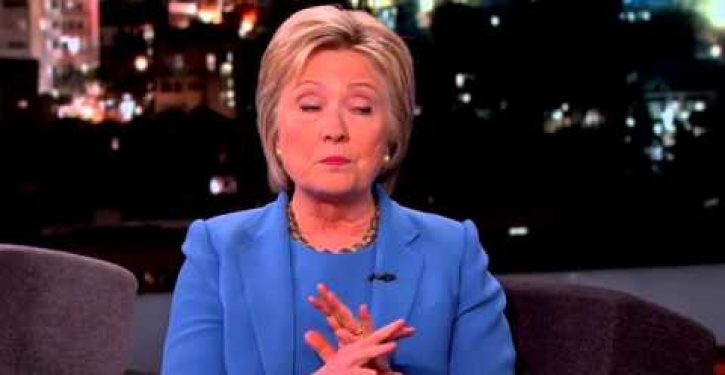 Back in February, when Hillary Clinton was asked by ABC News if she would release the transcripts of speeches she gave to big banks in exchange for big banks, she gave a conditional yes. Here was her answer: “Let everybody who’s ever given a speech to any private group under any circumstances release them. We’ll all release them at the same time.”

It’s not exactly an argument that demonstrates her purity as a politician or openness as a person.

But the response did manage to quiet down the media on that topic for the time being. And now that the focus is back on her home brew server and the classified documents that were stored on it, she is going tit for tat again, demanding that other classified docs be made public.

These documents, however, pertain to Area 51. The Blaze’s Kaitlyn Schallhorn notes that Clinton was a guest of ABC again Thursday, this time the entertainment division:

During an interview on … “Jimmy Kimmel Live” … Clinton made the vow that, as long as there wasn’t anything in the files that would threaten national security, she would release the [Area 51 files] as president.

She continued, “If there is something there, unless it’s threat to national security, I think we ought to share it with the public.”

Clinton’s fascination with Area 51 derives from her belief there are aliens among us. No, not the kind that sneak across the Rio Grande, but the kind from outer space.

During a meeting with the Conway Daily Sun editorial board in December, Clinton promised the New Hampshire newspaper staff that she would look into the secret military base in Nevada known as Area 51.

As for aliens, she told the Daily Sun, “I think we may have been [visited already]. We don’t know for sure.”

Here is video of Kimmel’s interview with the former secretary of state: 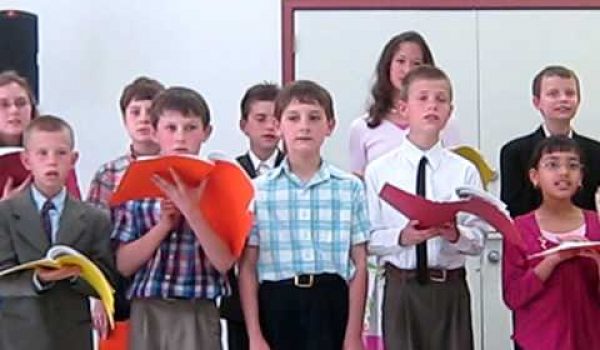