This really is petty and crass.  You don’t make insinuations about a candidate’s wholly non-political spouse, and then tweet out an unflattering picture of her, as a way of attacking your political rival.

It’s not borderline, not defensible, not something that can be legitimate if you just know the backstory.

But our dude Donald has done it.

[score]Ted Cruz[/score] has reacted predictably: with courtesy, but with a rebuke.

Donald, real men don't attack women. Your wife is lovely, and Heidi is the love of my life. https://t.co/pprXhIMzUT

I assume that this won’t drive off Trump supporters.  They’ve stuck by him through an awful lot of over-the-top bad-boy-ism.

It may well generate some sympathy for Heidi Cruz.  It offers Ted Cruz a very human situation in which to show his character.  I’d never wish this situation on Heidi or him, but it’s probably kind of refreshing for some people to see him just speak bluntly in defense of his wife, and the basic code of a gentleman.  Cruz is great at enunciating principle and tying it to both big ideas and policy, but he can function beyond wonk mode too.

And, of course, it illuminates where and what America is in 2016.  That seems to be Trump’s function at every turn.  If you’re an old-consensus conservative, note it well:  a whole lot of people trust you less than they trust this Trump guy.  They’re willing to overlook at lot in him, because of the things he’s not scared of.

A wise, dispassionate observer knows that there are things Trump is scared of.  But he’s not scared of busting the deceptive muzzle of political correctness, or busting other people’s political syndicate operations.  That fearlessness may come with some unsavory traits, but for many voters, Trump and his traits are a much, much lower price to pay than what they’re already paying to be governed by the old consensus.

Don’t you old-consensus types get it yet?  Your paradigm is dead.

Anti-freedom atheist group to hand out satanist materials at Colorado schools
Next Post
Video: See the POTUS-in-Chief dance the tango in Argentina! 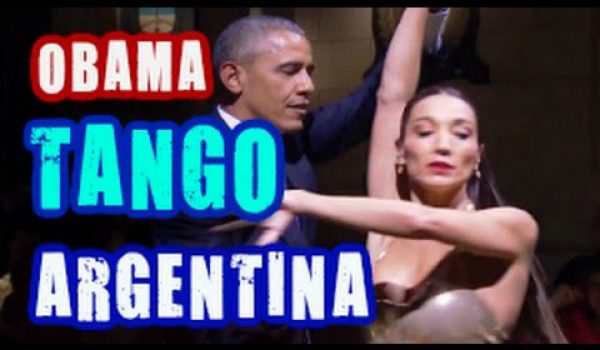