It’s not the first time social justice warriors have decreed that their “cause,” whatever it might be, was more important than the life or well-being of a total stranger. In 2014, a man in Berkeley, Calif., died after protesters delayed the arrival of an ambulance.

It happened again earlier this year when Black Lives Matter protesters diverted the path of an ambulance rushing an elderly man to a hospital, thereby endangering his life.

Now comes the cell phone video embedded in the following tweet from last night’s mayhem in Chicago when protesters again blocked the path of yet another ambulance. In the video, you can see one cretin standing directly in front of the stalled vehicle, flipping the paramedics the bird with both hands.

Eventually, the police intervene and clear the road.

I don’t know any specifics of the emergency — who the patient was, whether he survived, and so on. You have to wonder what the reaction of the demonstrators would be if they learned that a black man had died because of their defiant refusal to let the EMTs through.

To what lengths will EPA go to spread the gospel on global warming according to Obama?
Next Post
Protester rushes stage at Trump rally in Ohio, gets close enough to grab candidate’s leg 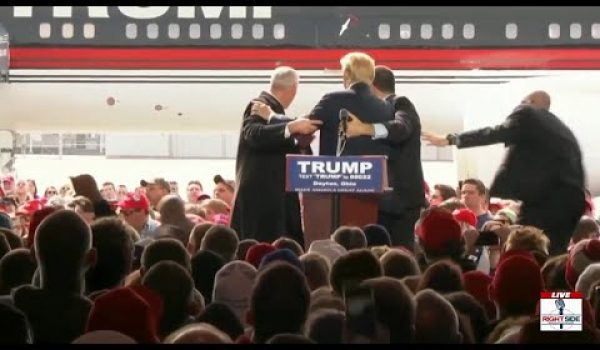