A just released CNN-ORC poll shows Hillary Clinton crushing Donald Trump in the general election by 8 points, while Senators Marco Rubio and Ted Cruz would beat Clinton (Rubio would win by 3 points, and Cruz by 1 point). Clinton’s lead over Trump has substantially increased since the last CNN-ORC poll in January.  And this poll was taken BEFORE Trump received an enormous amount of bad publicity due to a gaffe he committed this weekend. Most polls show Trump faring worse against Hillary Clinton than Rubio or Cruz.

Nonetheless, Trump is expected to sweep most of the GOP state primaries being held today. Turnout was very low this morning in my precinct, a region of Virginia where Trump fares worse than in most of the state in primary election polls. Rubio performs better against Trump in Virginia than in most states, while Ted Cruz has a modest lead over Trump in Texas.

Although Trump is expected to lead in the Virginia primary, he will apparently be crushed in the general election in Virginia by a double-digit margin. According to the most recent Roanoke College poll, “Potential Democratic Presidential nominee Hillary Clinton leads Donald Trump (52%-35%) and is statistically tied with Republican hopefuls Ted Cruz (45%-41%) and Marco Rubio (46%-43%), according to The Roanoke College Poll…. Donald Trump’s unfavorable rating is the highest of all contenders (63%, with 22% favorable, and 15% mixed/don’t know).”

According to a Christopher Newport University poll of Virginia voters released on February 16, “Marco Rubio has the highest favorable rating among all candidates (44%),” with a 38% disapproval rating, while Trump has a staggering 64% disapproval rate, with only 30% approving of him.

Cartoon of the Day: Et tu, Lindsey?
Next Post
One email from latest batch undermines Clinton’s claims about classified markings 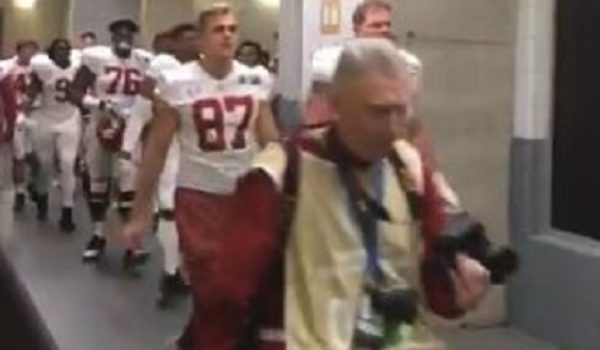