When is a force deployment not a military intervention?  When the Obama administration deploys the forces, apparently.

Over the past month, we have witnessed a peculiar sequence of events.  On 27 January, Pentagon spokesman Peter Cook confirmed that there was a “small group” of U.S. forces in Libya:

“There have been some U.S. forces in Libya trying to establish contact with forces on the ground,” Pentagon Press Secretary Peter Cook told reporters Wednesday. “Get a better sense of who the players are, who might be worthy of U.S. support and support from some of our partners going forward.”

Given the factionalized chaos in Libya, this is worrisome enough in itself.  In late 2015, a small group of U.S. special forces operators was promptly outed, on arrival, by the Libyan air force. Knowing that our men are still prowling Libya looking for local factions to trust shouldn’t give us a warm, fuzzy feeling.

Announcing to the media that they’re wandering around there in search of friends seems particularly inadvisable.

But such is the command and control profile of the Obama administration.

The day after Cook’s comments, Defense Secretary Ashton Carter stressed that the U.S. had not decided whether to launch military action in Libya.  Said Carter:

We’re watching the situation very carefully, and there’s a lot going on there right now. But we haven’t made any decisions to take military action there.

Meanwhile, John Kerry met with coalition partners in Rome multiple times in January and early February, lending his voice to the coalition consensus that the recognized national government of Libya – which is nominally headquartered in Tobruk, but which actually operates out of Tunisia – needed bolstering.  With a growing ISIS presence on the western coast, Libya was in danger of becoming a failed state, said Kerry.

Nevertheless, the U.S. had no plans to intervene militarily against ISIS in Libya, according to Kerry.  Interestingly, Western media didn’t emphasize that point from Kerry’s comments, which were recorded in the widely used AP story from 2 February.  But non-Western media picked up on it.

US Secretary of State John Kerry said on Tuesday that the United States has no plans to intervene militarily against Islamic State (ISIS) in Libya, where the group has a foothold.

Washington would only consider intervening if there was “some turn of events, like weapons of mass destruction ending up in the hands of the wrong people,” Kerry said according to AP.

This basic point was affirmed by U.S. defense officials a couple of weeks later, according to veteran national security reporter Nancy Youssef at The Daily Beast.  Writing on 17 February, she cited three defense officials who told her that any plans to mount a military intervention had been shelved.  (I noted her report in this post on World War III from 19 February.)

Here’s how the features of the planned military intervention were outlined (emphasis added):

In recent weeks, the U.S. military—led by its Africa and Special Operations Commands—have pushed for more airstrikes and the deployment of elite troops, particularly in the city of Sirte. The hometown of former Libyan leader Muammar Gaddafi, the city is now under ISIS control and serving as a regional epicenter for the terror group.

The airstrikes would target ISIS resources while a small band of Special Operations Forces would train Libyans to eventually be members of a national army, the officials said.

These, said Youssef, were the plans that had been “put on the back burner.”

“There is little to no appetite for that in this administration,” one defense official explained.

So it was, well, interesting that two days later, on 19 February, U.S. air assets attacked an ISIS training camp in Libya – clearly an instance of “targeting ISIS resources” – along with a senior ISIS operative.  (Serbians believe that two of their kidnapped nationals were killed in that strike, although the Pentagon disagrees.)

And it’s also interesting that multiple European news outlets continue to report on the presence of U.S. special forces in Libya, which are participating alongside British and French forces in a mission to – wait for it – train Libyans to be members of a national army.

(From the reporting, it appears that the U.S. forces are operating in or near Misrata, on the coast halfway between Sirte and Tripoli.  See map.  The British forces are deploying to Misrata as well.  Misrata is in the part of the country under the control of Libya Dawn, the Al-Qaeda-linked “rival” national government backed by Turkey and Qatar; see my 19 February post linked above.  So far, efforts to meaningfully unify the two rival governments have been unsuccessful.  French forces, meanwhile, are said to be operating from an airfield near Benghazi, further to the east.  Benghazi is a mostly-tribal-ruled enclave in the portion of Libya nominally controlled by the recognized national government.  These distinctive force dispositions, if accurate, are interesting in themselves.  If U.S. and British forces are in Libya to look for viable local partners, and train fighters for the national army in support of the recognized national government, why are they deployed to Libya Dawn territory?  What is the scope of what we’re attempting to do in Libya?)

So.  Are we mounting a “military intervention” in Libya, or aren’t we?

If that depends on what the meaning of “military intervention” is, I would sure like Congress to get that point sorted out pretty damn quick.  It appears that we are in fact executing plans that defense officials have assured the public we don’t even have.

“Deploying special forces” with a shrug and a wink is not equal to having no “military intervention” going on.  The Obama administration has been conditioning us, in effect, to see things as if it is.  But it’s not.  What’s going on in Libya walks and talks an awful lot like a military intervention, differing from our profile in Syria mainly by the number of air sorties being generated.

How deliberate this pattern is on Obama’s part is a separate question.  You can decide what you think about that.  My point is that Obama deploys special forces at the drop of a hat, and seems to have them executing a mission in Libya that has been publicly disavowed by Obama’s cabinet officials.  Moreover, what our special operators are doing is not covert enough to avoid media coverage and widespread knowledge by the factions in Libya.

That’s just not right.  If a Republican president were doing this, the cries of “foul!” would be drowning out all other discourse on the East coast – and rightfully so.

When Kerry spoke on the Hill last week, plumping for his 2017 foreign aid budget, he addressed Libya only briefly, referring to it again as perilously close to becoming a failed state.  (Yes, I know.  Libya already is a failed state.  Let’s just stipulate that.)

But Congress didn’t press for more.  Congress needs to.  What are we using our forces in Libya for?  Obama has failed to satisfy Congress on his purposes in Syria and Iraq for much the same reasons as we’re seeing in Libya, and has over 3,500 troops deployed there without an “AUMF” (authorization for the use of military force).  There doesn’t seem to be any semblance of an attempt to justify what we’re doing in Libya.  Defense bureaucrats in France and Britain may well know more about our operations there than Congress does.

ISIS does need to be attacked and destroyed in Libya.  But we have no reason to assume that’s what is going on.  The administration has been singularly unforthcoming – even untrustworthy – on this matter.  Obama owes his military, and the American people, a vetted national objective and a properly scoped, accountable strategy. 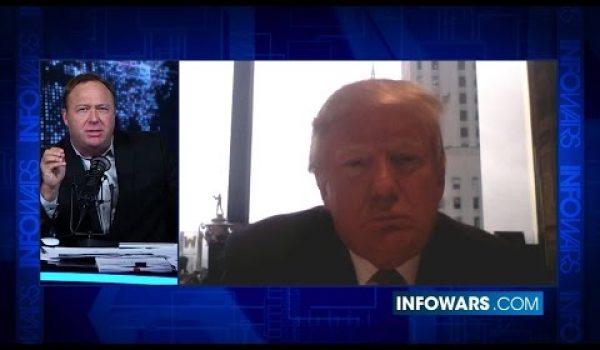