For reasons still unclear, elite special operators are often let down by their respective services and have to pay out of pocket for the most basic gear.

Private military suppliers have started to notice this phenomenon. During a panel discussion on Capitol Hill Thursday, heads of supply companies met with Congress to discuss the shortages and raise the issue with Secretary of Defense Ash Carter, Stars and Stripes reports.

In one case, former Navy SEAL Sean Matson had to pay $900 for an advanced ballistic helmet after the military measured his head four times but subsequently failed to provide him with the necessary equipment. This same scenario has repeated itself with GPS devices and medical gear.

The shortages may come as a shock to some, since according to GOP Rep.[score]Duncan Hunter[/score], “These are the guys we assume have the best gear all the time.”

That assumption, however, does not hold much water.

Hunter said his office is inundated with reports from special operators who say they simply can’t get their hands on the equipment they need.

But despite an ongoing investigation, Hunter still is unsure where the military supply chain is malfunctioning.

Aaron Negherbon, executive director of TroopsDirect and co-host of the panel along with Hunter, reflected on the attack which devastated the U.S. embassy in Benghazi, Libya, and noted even there he was contacted by a Marine commander in desperate need of batteries.

“They came to us for … batteries because they didn’t have any of those.… It is kind of like, ‘What the heck is going on?’” Negherbon said, according to Stars and Stripes.

TroopsDirect helps supply troops with valuable equipment not obtainable through command. Requests for gear come straight from troops on the battlefield. And the requests are seemingly endless.

Helmets, stretchers, gun lubricant, body armor and ballistic eye protection were the most requested items in 2015.

As the panel noted, special forces units are the greatest requesters.

Supply chain problems are hardly new. The Christian Science Monitor reported back in 2008 about the growing trend of troops going around command to pick up their own gear. Then-Democratic Rep. Gene Taylor told the House Committee on Armed Services the military was taking far too long to send body armor to troops on the front line.

Is Twitter shutting down Hillary critics (including those who support Sanders)?
Next Post
Raven-Symoné, co-host of ‘The View,’ announces on air she is moving to Canada if this happens 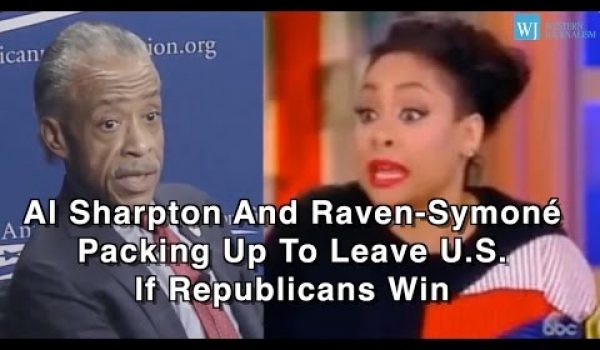