It seems someone in Russia really has it in for the American president. Last night, a documentary ran on Russian TV exposing corruption in the United States. It’s target was Mr. and Mrs. Barack Obama, who according to the film “get fat on the money of American taxpayers.”

The poster has gone viral. It’s a photoshopped image of Obama taking a drag of a cigarette. “Smoking kills more people than Obama, although he kills lots and lots of people,” the caption reads in Russian. “Don’t smoke — don’t be like Obama.”

Russia’s liberal member of parliament Dmitry Gudkov published a picture of one of the bus stops where the giant advertisement is appearing on Facebook Tuesday, saying he’s “disgusted and ashamed” it’s showing up on the streets of Russia’s capital.

An upscale Russian supermarket apologized in December for selling chopping boards with a picture of Obama depicted as a monkey after the U.S. embassy raised an uproar over the image. 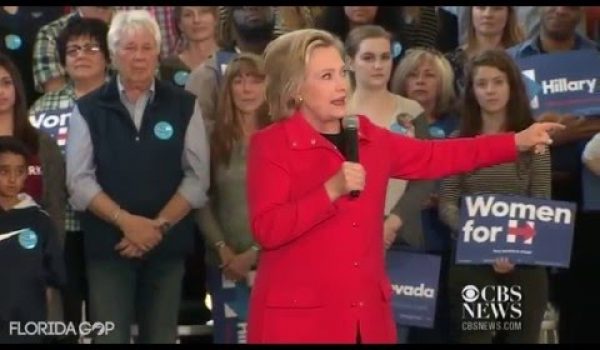 Another day, another Hillary lie, this time about her fierce lifelong loyalty to the Democratic party
Next Post
A dude goes into the women’s locker room and starts disrobing