Liberty Unyielding has reported previously on the case of the Wood family in La Plata, MD, whose daughter was in a World History class that taught Islam in a non-factual and tendentiously favorable way.

In October 2014, Renee Nal described how father Kevin Wood, a former Marine, was issued a “no trespass” order prohibiting him from visiting the school, after he expressed his concern about what was going on in his daughter’s classroom.

Last week, the Thomas More Law Center filed a complaint against the school system on behalf of the Woods.

The important aspects of the case have been summarized in numerous places, including the links above.  But because there are several things to be concerned about, it can be easy to miss the most egregious wrong being done by the school.

That wrong is requiring students to write out and recite the Islamic statement of faith, or shahada, for a grade.

According to the Woods’ complaint against the school, their daughter was to be graded on doing this as part of the classroom instruction.  Because she declined to, she was given a grade of 0 for the assignment.

The following passage from the suit filed in federal court gives a flavor of what the children were being taught and required to do.

The full complaint can be perused here.  The Woods had other objections to the teaching materials for the two-week block on Islam (as compared to a one-day block on Christianity), and their daughter – referred to as C.W. in the complaint because she’s a minor – received multiple grades of 0 because she ended up not participating in the class during the Islam block.  She was sent to the library by herself, in fact.  Her overall grade in World History suffered significantly.

About some of these things, perhaps, honest citizens might disagree; i.e., as to whether the instruction was dishonest, deceitful, propagandistic, or merely couched in imprecise terms.  Maybe we could agree, for example, that when the nature of Islamic beliefs is being taught, it isn’t necessary to preface every statement with “Muslims believe…”  That caveat can be understood.

But that’s not the sum total of what’s going on here, and the egregious wrong – making the students write and recite the shahada for a grade – can legitimately be taken as the benchmark of what is intended by this instruction.  It isn’t meant as an empirical, skeptical treatment of a major world religion.

Interestingly, across the state border in Augusta County, VA, there was a mass reaction from parents in December 2015 when they discovered that their high school students had been asked to copy the shahada in Arabic as a “calligraphy exercise.”  Howard Portnoy reported on this at the time. Indignation was so widespread that all the schools in the system were abruptly closed for the last day before Christmas break (18 December).

Students practice calligraphy by writing There is no god but Allah | via @toddstarnes | https://t.co/k5QimVaSdM pic.twitter.com/iR8mLmKM4l

As a reminder, the shahada is what is written on the “black flag of jihad,” of which Islamic State (ISIS) uses its own stylized version.  You truly have to be so far beyond “tolerant” that you have no standards or sense of rational boundaries, to not agree with parents that their children shouldn’t be required to write or recite this for a grade.  Instruction can be perfectly adequate without doing that.  There is zero chance that not writing or reciting the shahada in history class will produce a generation of violently bigoted Americans.

In light of all the other aspects of the Wood case, one last point is very telling.  The instruction block on Islam was drawn from a textbook that had to be kept in the classroom and was never allowed to be taken home by the students.  The students did ferry their official textbook back and forth on a regular basis.  But the textbook used for the Islam instruction never went home for the parents to see.

This is wrong and indefensible — and it acts like it is.  It shouldn’t be going on in our schools, and it needs to stop. 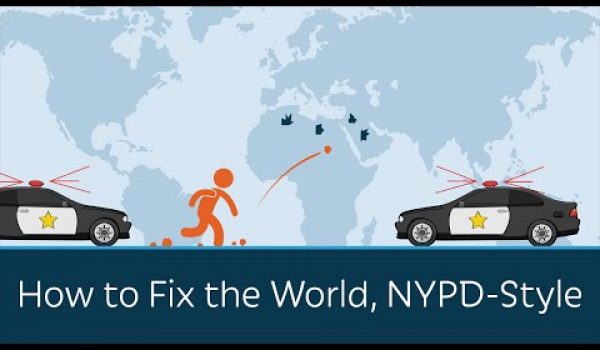