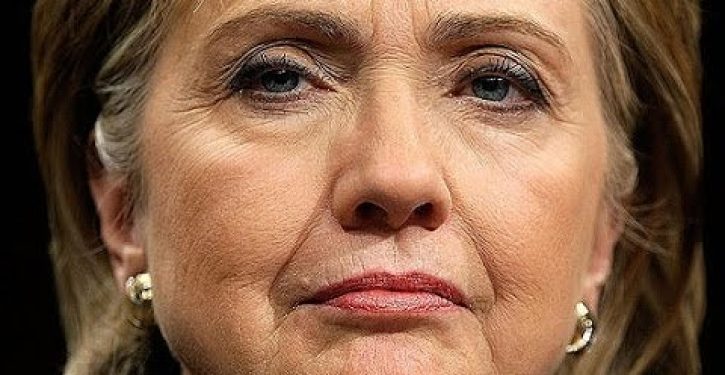 The Los Angeles Times recently reported on young people’s ignorance about politics and both Bill and Hillary Clinton’s countless scandals. It writes: “These voters know less than you think about Hillary Clinton.”

When asked about Whitewater (Arkansas real estate cover up) the group was silent.

One person finally asked: “Is that a new type of vodka?”

Twenty percent of voters were not alive during the impeachment proceedings of former president Bill Clinton. The youngest eligible voters were in diapers when the Clintons left office.

Slate and Vanity Fair conducted a survey among several age groups to determine which groups remembered, and how much, the impeachment proceedings. Their findings revealed:

Millennials (18 to 29 years old) “have relatively little recollection;” Only 46% said they remember it “very or fairly well;” compared to 69% of the total survey and 76% of all other groups.

A young Slate employee recalled that her knowledge of Monica Lewinsky was due to a question on her high school AP U.S. History exam. “(She had to guess at the answer; some of her classmates had no idea.) ‘It’s a black hole of knowledge for me, between my actual current events experiences and study of history. I guess I should read up on it and inform myself, but it just seems so silly in hindsight that I wouldn’t waste my time.’”

But many have compiled lists of scandals. One of the best is a list LU colleague Jeff Dunetz compiled at The Lid, which included more than 100 well-documented scandals of Hillary Clinton: 2015: A year of 111 scandals, lies, and or flip-flops.

Bill’s sexual encounters stretched back throughout his entire political career — which predates the first millennial being born and included cases of sexual misconduct, harassment, assault, and even an accusation of rape.

It also writes, that, today:

[Bill] Clinton’s affairs are on the kept out of the media — no new girls have come forward, though several secret service members have claimed that Bill has a mistress with the code name ‘The Energizer Bunny.’

Earlier this year, the former president’s sex life came under scrutiny again when it was revealed that Bill had flown with billionaire Jeffery Epstein at least 10 times on the ‘Lolita Express’ — his jet that was used to pick up underage prostitutes. Epstein pleaded guilty to the charges of pedophilia in late 2007.

When asked about those trips with the former president, Epstein pleaded the Fifth.

These lists of evidence are compelling – and should be scrutinized by all voters – not just millennials.

But for those unable to sift through the volumes of data, HillaryForPrison.net has produced a documentary, “Hillary Clinton: A Career Criminal”: