I suppose they’ve thought this one through.  I do think Trump reads the tea leaves correctly regarding the overall value of the debates.

If the value has peaked already, Trump doesn’t lose a lot by implying that he won’t show up for future events.  Until the race is down to the true “last men standing” (and it does look like it will be men), viewership and voter interest in the debates will probably continue to decline.

Whether you think this is a brilliant stroke, or cleverish but predictable, will depend on whether you’re a Trump supporter or not.

Donald Trump’s campaign manager Corey Lewandowski said on Thursday that his candidate would be “happy” to debate Ted Cruz once the Texas senator gets a federal judge to rule him eligible to run for president.

“Once you’ve gotten that ruling from the federal judge and you’re the last man standing in this presidential contest next to Donald Trump, we’ll be happy to have a debate with you one-on-one, anywhere you want, because that’s the way the system works,” Lewandowski said. “But, as it stands right now, we don’t even know if Ted Cruz is legally eligible to run for president of the United States.”

Trump supporters might even insist that this is a master stroke to shed doubt on Cruz’s viability and make voters wary of committing to him.

Ted Cruz would hasten to point out that Trump could have taken this position months ago — except that it would have sidelined him for multiple debates.

But at this point, how much does Trump really lose by bailing on a couple of Kung-Fu-Fighting GOP debates, a venue in which he doesn’t do that well to begin with?  What, really, is the point of sharing a stage with guys like Kasich, Jeb!, and Christie?  Trump does better without them cluttering up the soundbite time.

There are now two federal lawsuits filed to challenge Cruz’s eligibility to hold the office of president, given that he was born in Canada to an American mother.  One was filed in Texas (Cruz’s home state) two weeks ago; the second on Tuesday in Utah.

Legal experts are divided on whether Cruz’s birth circumstances meet the criteria for being a “natural born citizen” of the United States.  Here is the passage in the Constitution (Article II, Section 1):

Most experts say that Cruz is clearly eligible.  He was registered as an American citizen at birth, through the U.S. State Department — a common procedure for Americans born overseas (one that affects thousands of babies born to American service members and other federal employees serving outside the country).  He never had to be naturalized.  He’s been an American all his life.

But the critics who dispute this perspective aren’t cranks.  There are opposing views out there, and while they’re in the minority, they are strongly held.  (As the last link indicates, many of the Cruz-eligibility critics think Rubio is ineligible too.)

There’s no real way to enforce “eligibility skepticism” on the primary process, for either Cruz or Rubio.  But there’s a possibility that momentum will grow for the stance the Trump campaign has just carved out.

The two federal judges — in different districts — who will consider the Cruz eligibility cases won’t be rushing through their deliberations just to make the point moot for Cruz.  We can hope they won’t drag their feet either.  In the normal course of things, we could expect a ruling before the GOP convention in Cleveland, at least.  And assuming that both judges rule Cruz eligible — or either or both decline to render a decision, because of some technical point — that should be good enough for the purposes of the GOP nomination process.  Cruz would be considered eligible.

But to keep things on that positive course — positive from Cruz’s perspective — Cruz needs to show well in Iowa next week, and then in other early primaries.  He doesn’t need to win in Iowa, but he does need to be one of the top two candidates there.

In the meantime, Trump gets out of facing Ted Cruz, as well as Megyn Kelly, in debates.  And in this campaign, I don’t think anyone will much care. 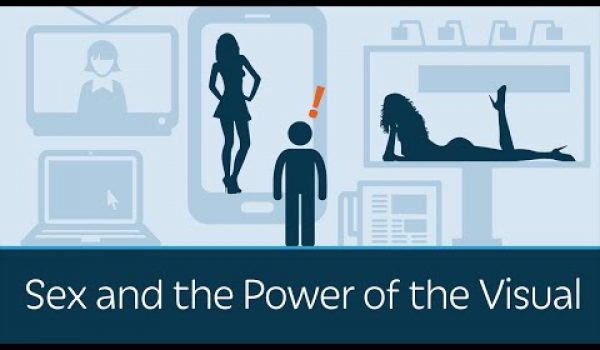 Video: Prager U explores sex and the power of the visual
Next Post
Canada’s new PM manages to commemorate the Holocaust without mentioning this one thing