The Talmud aptly observes that “he who is kind to the cruel is cruel to the kind.” The Supreme Court was kind to the cruel today in its decision in Montgomery v. Louisiana (2016), which ruled that people convicted and sentenced to mandatory life without parole as juveniles must generally be allowed to challenge their convictions even decades later, and even if they committed the most heinous of crimes. (Some of the worst crimes — such as torture-murders — have been committed by 16 or 17-year-olds). The biggest losers from today’s ruling will be the nation’s children, since the victims of homicides and other atrocities committed by minors, including serial killings, are disproportionately likely to be other minors. More egregious child murders will be the outcome.

Longer sentences save lives by deterring crime, as comparisons of neighboring states with different crime rates but similar economic or other characteristics illustrate. For example, Virginia has a much lower crime and murder rate than neighboring Maryland, which has a more permissive attitude towards crime and punishment.  Virginia’s Fairfax County has a much lower crime rate than demographically similar, and similarly wealthy, neighboring Montgomery County, Maryland, despite having had a similar violent crime rate as recently as 1978, when criminal penalties were more similar between Maryland and Virginia. Today, prison sentences are much longer in Virginia, and parole is largely banned in Virginia. In 2012, Maryland was among the top ten most dangerous states, with a gun-related homicide rate of 6.4 per 100,000, according to the Justice Department. In 2007-2010, Maryland’s gun-related homicide rate was 5.53 per 100,000 versus 3.16 per 100,000 in Virginia.

Perhaps a thousand murderers will be able to challenge their sentences based on today’s shocking decision. It ruled that the Supreme Court’s prior 2010 ruling banning mandatory life without parole for minors applies retroactively even to minors sentenced long before the date of that decision.  That decision, Miller v. Alabama, only shielded minors from state laws mandating life without parole for certain offenses like aggravated murder, not juries’ decisions to voluntarily sentence a juvenile to life without parole when warranted by the facts before them. Usually, Supreme Court rulings do not apply retroactively to collateral challenges by prisoners whose convictions have become final, unless they constitute watershed rulings imposing new substantive — as opposed to procedural — rules of constitutional law, as the Supreme Court made clear in Teague v. Lane (1989).

To get around that principle, the Supreme Court today recast its Miller decision more onerously for crime victims, insisting that it barred life-without-parole sentences “for all but the rarest of juvenile offenders, those whose crimes reflect permanent incorrigibility. For that reason,” it claimed, “Miller is no less substantive” than past decisions banning the death penalty for juveniles. The court’s ruling that life without parole is a substantive rather than procedural violation is at odds with language found in the very 2010 decision it purported to apply, which stated that “our decision does not categorically bar a penalty for a class of offenders or type of crime…. Instead, it mandates only that a sentencer follow a certain process — considering an offender’s youth and attendant characteristics—before imposing a particular penalty.”  The court’s decision was also disingenuous because its 2005 decision banning the use of the death penalty relied precisely on the availability, as a reasonable alternative to the death penalty, of the “punishment of life imprisonment without the possibility of parole,” see Roper v. Simmons (2005), an alternative it now undermines.

Its ruling also conflicts with the federal appeals court decisions considering the issue, such as Martin v. Symmes, 782 F. 3d 939, 943 (8th Cir. 2015) and Johnson v. Ponton, 780 F. 3d 219, 224–226 (4th Cir. 2015), which had consistently ruled that the Supreme Court’s 2010 Miller decision restricting life without parole for juveniles was not retroactive because it imposed procedural rather than substantive limits.

The Court’s decision violates the intent of the framers of the Eighth Amendment (and its original public meaning), and unfairly disregards basic Eighth Amendment values recognized in modern jurisprudence, such as proportionality. It got other things wrong, too, ruling even though the Court lacked jurisdiction over the challenge, in an exercise of judicial activism: Even if today’s decision correctly interpreted the Eighth Amendment and general principles or retroactivity (which it did not), the court simply lacked jurisdiction over this particular challenge, which was brought in a state’s own collateral review proceedings, not a direct appeal or even a federal habeas corpus petition (as Justice Thomas explained in detail in his dissent).

It has been said that “to err is human, to forgive divine.” But that principle is about forgiving people for what they do to you, not for what they have done to others.  It is arrogant and presumptuous to claim the power to forgive a terrible crime committed against someone else (especially a crime committed against a child, the most common target of teenage sadists who calculatedly prey on vulnerable children).  As Rabbi Abraham Joshua Heschel, an advocate for social justice and great believer in the value of forgiveness, warned, “No one can forgive crimes committed against other people” (Heschel (1998), p. 171). 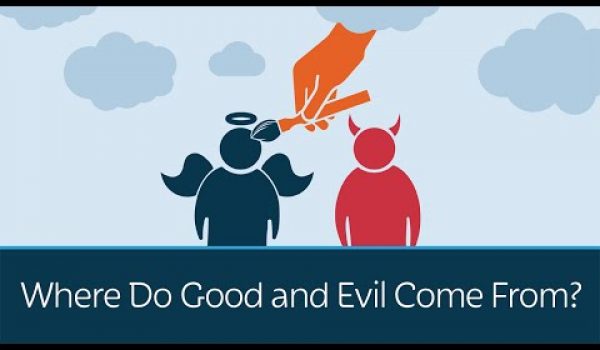 Video: Prager U on question of where good and evil come from
Next Post
Cruz’s chief foreign policy adviser wanted Trump to be U.N. ambassador