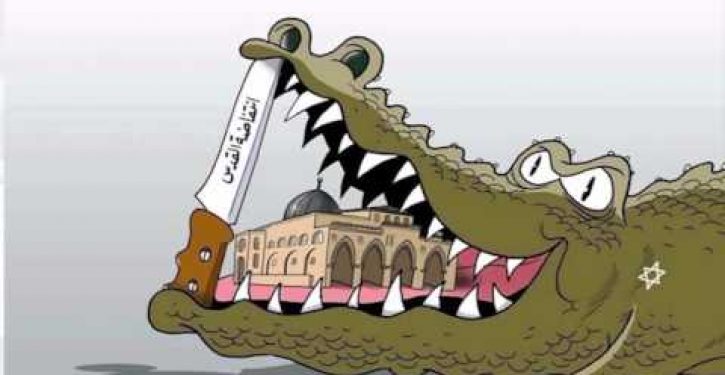 A video posted to YouTube on Monday by Shurat HaDin, the Israel Law Center, reveals Facebook’s pro-Palestinian bias with an experiment that proves what so many have been saying for so long.

Two pages were set up in the experiment — one pro-Jew and pro-Israel while the other page was pro-Palestinian and pro-Muslim.

Then both pages were reported at the same time. You probably already know the results. The page attacking the Muslims was yanked the same day while Facebook said the page attacking Jews did not violate its community standards.

This is an old story, but to the best of my knowledge, this is the first time it has ever been documented on video.

In October, Shurat HaDin organized a lawsuit against Facebook joined by 20,000 Israelis, saying it allows jihadists to openly train and recruit terrorists on its site.

The law center wants to force Facebook not only to remove the terrorists’ pages, but also to better monitor and block users who post videos glorifying and encouraging terrorist attacks, and publish messages with instructions on how to carry out an attack.

“The terrorists do not come on their own; they write posts and encourage their friends to kill Jews,” said Israeli attorney Nitsana Darshan-Leitner, director of Shurat HaDin. “Facebook has been transformed into an anti-Semitic incubator for murder.”

While Facebook is accused in the suit of “intentionally disregarding the widespread incitement and calls for murder of Jews posted on its web pages by Palestinians,” a spokesman for Facebook said the lawsuit is without merit.

The experiment documented on video, however, would seem to tell a much different story.

Keep in mind this is the same Facebook that once said a page advocating the beheading of infidels does not violate its standards.