The result is this story, which you may not have seen because it fits no narrative in the media. If it is not a black youth being killed by a white cop, then #ItDoesNotMatter.

In a shocking case out of Philadelphia, three African-American women stand accused of beating a homeless man to death because one of their sons falsely accused the man of hitting him.

Aleathea Gillard, 34, Shareena Joachim, 24, and Kaisha Duggins, 24, will go before a judge this week on murder charges in connection with savage beating death of Robert Barnes, a homeless white man who pumped gas for tips at a local Sunoco station. Barnes died Nov. 25 after being in a coma since April.

According to The Daily Beast, the incident began with a lie by Gillard’s 10-year-old son, who competed with Barnes for tips at the gas station in the North Philadelphia neighborhood of Olney. After arriving home late, Gillard’s son concocted a lie that he was late because he had been hit by Barnes.

As it turned out, the boy had actually sustained some minor injuries when he fell off of his bike earlier in the day.

The three women — in addition to three children, ages 12, 13 and 14 — went to the Sunoco station with, among other implements, a hammer and a chair leg. Two of those children, the 12- and 14-year-olds, were Gillard’s as well.

They would beat the 51-year-old Barnes so severely that he lapsed into a coma after the assault.

Diane Barnes, Robert’s sister, found out about the attack when their stepbrother — a Philadelphia cop — called her and alerted her to the attack.

“He told the ambulance driver that he was just jumped by five black girls and beat with a hammer, so he knew what happened to him,” Barnes said. “And then when he was brought to the hospital that’s when he fell unconscious from bleeding on the brain.

“At that time they raced him into surgery and removed a great portion of his skull to alleviate the pressure, and of course when I went in to see him, I just lost it,” she added.

The three children pled guilty in Family Court to charges of aggravated assault and conspiracy in exchange for the dropping of attempted murder charges. However, murder charges are likely to be filed now that Barnes has died.

The three women have been in custody since the attack.

“I want this mother that did this, I want her to get the death penalty,” Diane Barnes said.

“I really do, I just think it’s terrible what she did, she brought all those people down with her, she initiated it all,” she added. “And you know, she went there equipped with everything she needed to do this.”

I am having a hard time remembering when race relations were this bad in our country. I’m also wondering how having a black president made it even worse. 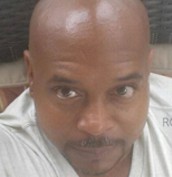 Earl Hall is host of The Earl Hall Show, "It's not about Right or Left. It's about TRUTH," and author of "Somewhere in The Middle -- My Transition From Left to Right." He also writes at Allen B. West.com.

Meadowlark Lemon, beloved Harlem Globetrotter, passes away at 83
Next Post
ISIS goes after major U.S. vulnerability in Afghanistan – but has an enemy it fears more