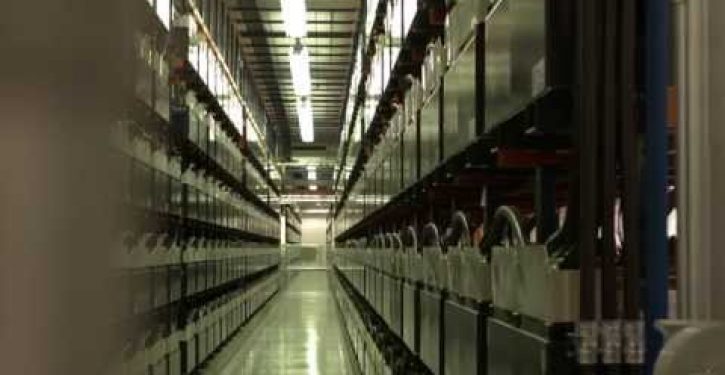 Despite President Barack Obama’s pocket veto Saturday of attempts to repeal the Clean Power Plan and recent increases in taxpayer support, solar and wind energy are in a tough spot, requiring an estimated $90 trillion of investment to meet carbon dioxide reduction goals.

The fundamental issues of solar and wind power are numerous, so let’s review the top 11.

1: Power Storage Is Incredibly Expensive On A Large Scale

It is currently impossible to economically store power for times when the sun isn’t shining and the wind isn’t blowing. Purchasing enough batteries to provide just three days of storage for an average American household costs about $15,000, and those batteries only last for about five years and are very difficult to recycle.

This is true for home power storage as well, even with the latest batteries. A Tesla power-wall capable of powering a home costs $7,340 to buy. A conservative analysis estimates that a power-wall can save its owner a maximum of $1.06 a day. Such a system would take approximately 25 years to pay for itself, according to the same analysis.

One of the world’s largest and most powerful batteries, located in Fairbanks, Ala., weighs 1,300-metric tons and is larger than a football field. It can only provide enough electricity for about 12,000 residents, or 38% of Fairbanks’ population, for seven minutes. That’s useful for short outages, which happen a lot in Alaska, but isn’t effective enough to act as a reserve for solar and wind.

The best way we have of “storing” power is pumping water up a hill, which actually accounts for 99% of all global energy storage.

2: The U.S. Power Grid Is Older, And Has Trouble Handling Solar And Wind

“Our power grid works well today. Some complain, but blackouts are rare and large-scale blackout are really rare. The power grid was set up for the [electrical] generation we have. Building a lot of new wind and solar requires much greater expenditure on the grid,” Vice President for Policy of the Institute for Energy Research Daniel Simmons told The Daily Caller News Foundation.

According to the Department of Energy, 70% of the transmission lines and power transformers in the country are at least 25 years old.

On an especially cloudy or windless day, the electrical grid can’t supply enough power from solar or wind alone. Wind and solar also run the risk of producing too much power which can overload and fry the power grid. This is why electrical companies will occasionally pay consumers to take electricity.

3: Rebuilding The Power Grid To Handle Solar And Wind Is Absurdly Expensive

The three power grids that supply the United States with energy are massive and expensive pieces of infrastructure. The power grids are valued at trillions of dollars and can’t be replaced in a timely manner. It takes more than a year to manufacture a new transformer, and transformers aren’t interchangeable, as each one must be individually built specifically for its location. At a time when the U.S. government is more than $18 trillion in debt, building power grids that can handle solar and wind may not be feasible.

Merely building a 3,000-mile network of transmission lines capable of moving power from wind-rich West Texas to market in East Texas proved to be a $6.8 billion effort that began in 2008 and still isn’t entirely finished. Building the infrastructure to move large amounts of solar or wind power from the best places to generate it to the places where power is needed would be incredibly expensive and could cost many times the price of generating the power.

Power demand is relatively predictable. The output of a solar or wind power plant is quite variable over time and generally doesn’t coincide with the times when power is most needed. Peak power demand also occurs in the evenings, when solar power is going offline. Adding power plants which only provide power at intermittent and unpredictable times makes the power grid more fragile.

5: Solar And Wind Can’t Keep the Lights On By Themselves

Solar and wind power systems require conventional backups to provide power when they cannot. Since the output of solar and wind plants cannot be predicted with high accuracy by forecasts, grid operators have to keep excess reserve running just in case.

But natural gas, coal-fired, or nuclear plants are not simple machines. They can require days to fully turn on from a dead stop. This means that solar and wind power require conventional sources in “stand-by” mode, which means they’re still generating electricity.

Despite this, environmental groups like The Sierra Club still call for “100%” solar and wind power.

6: The Best Places For Solar And Wind Are Usually Far Away From Consumers

The places with the highest potential for generating solar or wind power are typically relatively far away from the people who will consume power, according to the Department of Energy. The government agency even maintains maps of how unfeasible long-range transmission can become.

The vast majority of people who use power do not live in deserts or consistently windy areas. The kind of high voltage power lines needed to transport even relatively small amounts of power cost $1.9 to 3.1 million per mile built. Additionally, the kind of “smarter” power systems which can be adjusted to varying energy production created by wind and solar power can cost up to 50% more.

7: Solar And Wind Are A Very Small Percent Of The Power Grid Despite Years of Subsidies

“The first 8 months of 2015 wind and solar combined to produce 2.3% of the energy the U.S. consumed. Also wind production is down this year compared to last year,” says Simmons.

Solar and wind have been heavily subsidized since at least the 1970s. In 2010, wind power alone received $5 billion in subsidies, swamping the $654 million oil and gas received in subsides. One in four wind suppliers have gone out of business in the past two years.

In 2014, solar and wind power accounted for only 0.4 and 4.4% of electricity generated in the United States, respectively, according to the Energy Information Administration. The total amount of energy created by solar and wind is relatively small even though both systems are heavily subsidized.

8: The Solar And Wind “Low-Hanging Fruit” Have Already Been Taken

9: Natural Gas Prices Are Very Low In The United States

Natural gas prices are currently incredibly low in the United States, making it much more difficult for solar and wind power to become cost competitive. Natural gas is already passing coal power as the most used source of electricity. Additionally, natural gas is quite environmentally friendly.

The Department of Energy agrees with research organization Berkeley Earth that “the transition from coal to natural gas for electricity generation has probably been the single largest contributor to the … largely unexpected decline in US CO2 emissions.”

The United States just approved its first new nuclear reactor in 20 years. New nuclear reactor designs are much safer and emit less radiation than the coal plants they replace. Nuclear plants take up far less space than wind or solar and do not emit any carbon dioxide.

Recent breakthroughs in fusion could also potentially restart the atomic age when nuclear progress was lauded as a pinnacle of human achievement. Operational fusion power will put most other forms of electricity generation permanently out of business and could occur very soon. Fusion power could easily be “too cheap to meter,” meaning that the cost of generating new power would be below the cost of determining how much power an individual was using, effectively making electricity generation nearly free.

Attempts by governments to encourage solar and wind power have created incentives for corruption even environmentalists acknowledge. The recent Volkswagen scandal illustrates that regulatory attempts to force a specific technology, in this case the adoption of cleaner diesel engines, create incentives that lead to sophisticated cheating by companies. The main incentive of the regulatory agencies is to make rules while avoiding bad publicity, not to actually solve the problem.

The push to encourage “green” systems has already led to serious corruption, such as the Solyndra scandal. Such corruption “crowds out” investment dollars that could be better spent on more workable solutions.

A Navy SEAL and a combat dog: More of the cost of Bowe Bergdahl’s decision
Next Post
WaPo uses dishonest framing, misleading stats to exaggerate police shootings of black men