A 70-year old U.S. military veteran, Charles Lee Johnson, died of an apparent beating by a Department of Veterans Affairs employee who continues to work in the hospital more than two years later as he awaits trial on manslaughter charges.

Fredrick Kevin Harris, a nurse’s aide at VA’s Alexandria, La., hospital, is out of jail on bail and remains on the government payroll, reporting to work each day. His duties have – for at least significant periods after the death – included continuing to treat patients.

Left to VA officials, Harris would have faced no punishment at all since the department closed its investigation after concluding the death was accidental.

The matter wasn’t left to VA because of the coroner. The case was referred to the department’s inspector general based on its findings of the cause of death. The manslaughter charges now pending against Harris resulted from the IG’s and local prosecutors’ investigation.

But he was charged with manslaughter, not murder, and his bail was later reduced to $10,000, which he paid Dec. 17, 2013. A law enforcement source interviewed by The Daily Caller News Foundation said that the lowered bail may have been because VA’s lack of disciplinary action was viewed as an indication the case did not involve a heinous crime.

Harris will continue to be paid until at least March 2016, the scheduled date of his trial.

The VA is apparently treating the incident as a simple fight between Harris and the elderly veteran in his care. The department gave Harris a week of paid leave to “recover” from the fight. Johnson was transferred to a nursing home where he died of the injuries a few weeks later, on May 1, 2013.

Randall Noller, a spokesman, told TheDCNF in a statement on behalf of VA:

After the incident, the employee was treated for his injuries and was sent home to recover and returned to work in a non-patient area on March 19, 2013. On April 5, 2013, he returned to patient care since the internal investigation did not find negligence on the employee’s part.

Noller declined to describe when VA policies allow employees to use physical force on elderly veterans.

The statement also did not address why the internal VA investigation reached a dramatically different conclusion from those reached by the coroner, the IG and local prosecutors.

In the past, VA has said it doesn’t discipline employees accused of crimes unless they have been convicted or indicted. Louisiana’s Rapides Parish where the beating occurred can skip the indictment phase for homicides, taking them straight to trial.

Some VA managers have found ways as trivial as minor attendance issues to discipline select employees, including whistleblowers who are supposed to be protected by federal law against official retaliation. It is unclear how much work Harris missed while he sat in jail for a week. Harris’ attorney did not respond to a request from TheDCNF for comment.

Harris drew a federal taxpayer-funded check, but apparently didn’t feel the need to pay taxes. The IRS filed a $5,183 tax lien against him in 2010, records show. The VA also would not say why it continues to pay employees with federal tax delinquencies.

Among those questions was a request for an explanation of why veterans being cared for in VA facilities, their families, or taxpayers should have confidence in the department’s “internal investigations” since such probes repeatedly found nothing in places like Tomah, Wisconsin, where outside investigations quickly found major scandals and serious wrongdoing.

“Internal VA investigations look to see if policies and procedures are followed. If these investigations indicate criminal activity, then the Office of Inspector General or law enforcement authorities are notified,” Noller told TheDCNF.

When local media reported on the charges in 2013, the VA refused to say that it prioritizes veterans over its employees. “Alexandria VA Medical Center’s number one priority is the safety and health of our Veterans and employees,” it said.

Cartoon of the Day: The gambler
Next Post
52-year-old transgender father now self-identifies as 6-year-old girl 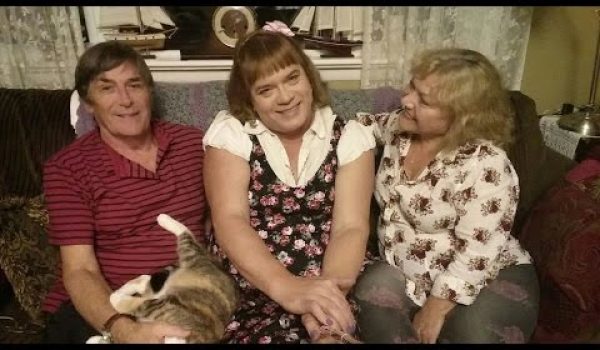