Talk about your signs of the times!

CBS News reports that the lines to buy a gun snake around the corner at a store in San Bernardino, Calif., two miles from the scene of last week’s terrorist attack by a radicalized Islamist husband and wife.

Smith & Wesson, one of the nation’s leading gun manufacturers, posted quarterly sales of $143 million, up 32% from last year.

“Fear and uncertainty drive spikes in gun sales,” Andrea James, vice president and senior research analyst at Dougherty & Company, told NBC News via email. “Normal trends combined with the current climate of fear and uncertainty mean that we expect gun sales to be strong through this holiday period and into next year.”

Another factor unarguably is the attempt by Barack Obama and his minions in the mainstream media to recast last week’s attack, which killed 14, as another argument for stricter gun control laws. Never mind that Syed Rizwan Farook and his wife, Tashfeen Malik, had also planted improvised explosive devices at the Inland Regional Center, which failed to detonate only by the grace of God.

In the meantime, one gun shop in Simpsonville, S.C., is not only prospering in this climate of fear but is doing so thanks to this sign outside the store:

The latest microaggression: A college building named for someone named Lynch
Next Post
5 specific times Democrats openly acknowledged wanting to confiscate our guns 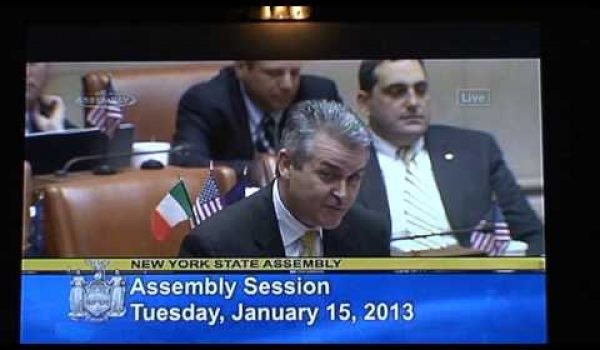