Now comes word that some homegrown supporters of the terrorist network use a wide range of coded techniques to spread propaganda on Twitter, which, when combined, make the Detroit Lions logo the perfect avatar.

A significant number use avatars of black flags, green birds, and lions. The green bird indicates the status one reaches when he or she dies as a martyr and reaches “jannah,” or heaven. The lion is an Islamic symbol for bravery.

With these seemingly harmless avatars and a username that ties the person to the U.S., it is easy to blend in.

These factors make the Detroit Lions logo a particularly clever avatar for “combining a distinctly American pride in an NFL team and the popular Islamic symbol of bravery.”

American ISIS supporters have also taken advantage of the #BlackLivesMatter movement to recruit black Muslims. By using the hashtag, they can easily “spread their propaganda to unsuspecting Americans of all backgrounds.”

Different accounts work together with specific tasks to favorite and retweet each others posts to maximize exposure of the propaganda.

Accounts are frequently suspended when authorities expose the true motives, which has become a “badge of honor” that shows legitimacy. New accounts with a variation of previous usernames usually appear shortly after with the first post being a screen shot of the notification of suspension.

The Detroit Lions did not respond to The Daily Caller News Foundation’s requests for comment. 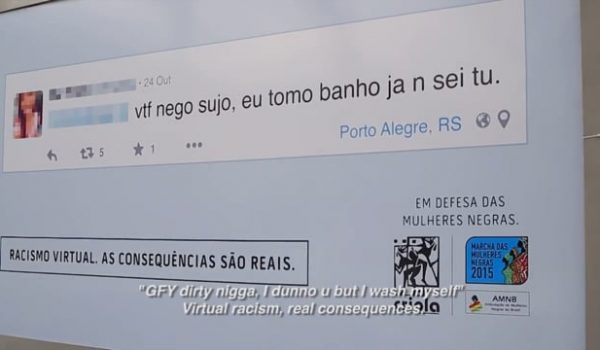 Campaign for outing bigots coming to a community near you?
Next Post
14 confirmed dead in shootings at San Bernardino, CA, social services facility *UPDATE*