In a 1977 conversation, Ronald Reagan said something that “flabbergasted” his future national security advisor, Richard Allen.

“My theory of the Cold War is that we win and they lose.”

Allen had been steeped in “détente,” the dominant American foreign policy concept of the time.  Embodied by Henry Kissinger, détente proposed that the United States’ primary goal should be the maintenance of the stalemate it had achieved with the USSR.

Of course, détente ended up in the same ash heap of history that the USSR did.  But the political and media elites who institutionalized détente have continued to nurture a distaste for confrontation.  Today we are told that, in the political arena, compromise is the highest virtue.  Compromise is the only way to “get things done,” and is the only hope for the elite’s favorite action verb, “governing.”

The natural and most prominent foils for the compromise crowd are today’s “hardline” congressional Republicans, especially the forty-some members of the House Freedom Caucus.  When these particular Republicans are not being called “crazies” by members of their own party, they are derided as obstructionists by the Washington intelligentsia.  The establishment seems to agree that Freedom Caucus members have a serious attitude problem.

Maybe some of them do have an uncooperative disposition.  But perhaps they also know that – in certain situations – willingness to compromise is actually a terrible negotiating posture.

Consider Nelson Mandela.  He turned seventy years old in 1988.  He was battling tuberculosis, and had recently suffered from an enlarged prostate.  He had been in prison for decades, and he now faced the distinct possibility that he would die there.

Under pressure to let Mandela go, the apartheid government of South Africa dangled a number of possible compromises in front of him.  Under one proffer, Mandela would be required to drop his insistence that his country be governed by majority rule.  But whatever the temptations, he stubbornly maintained that he be freed unconditionally.

Mandela’s obstinacy paid off.  He was freed, and soon the apartheid system joined those other relics in the proverbial ash heap.

It’s hard to imagine that apartheid could have survived until modern times, no matter how Nelson Mandela conducted himself.  But the system’s downfall would have happened less swiftly, and less certainly, if Mandela had compromised with his oppressors.

While compromise can pay off on the relatively small stuff, an accommodating posture can lend an undue legitimacy to a rival who is on the just-plain-wrong side of a fundamental issue.  A principled refusal to compromise, on the other hand, draws a stark contrast with such a rival, sending a signal to peripheral stakeholders that they must choose sides.  Will they stand on the right side of history, or the wrong side?

No issue sends the House Freedom Caucus to the mat faster than the national debt.  Caucus members and their compatriots in the Senate believe that the debt is an existential threat to America.

Their belief is not just fringe hyperbole.  Former Chairman of the Joint Chiefs of Staff Admiral Michael Mullen has called the burgeoning debt – now an almost incomprehensible $18.5 trillion – “the most significant threat to our national security.”

But Republican leaders in Congress seem to have struck up a “debt détente” with their Democrat counterparts.  Despite mountains of hawkish rhetoric at all levels of the GOP apparatus, $4 trillion has been added to the debt since John Boehner, as his party’s leader, struck his first budget compromise with President Obama in 2011.  And Boehner’s parting gift to the nation, bestowed in late October, was a deal that will certainly continue the debt’s upward trajectory.

Some of this apparent squishiness is attributable to mainstream Republicans’ fondness for military spending.  But a bigger factor is the GOP leadership’s terror of what an unyielding stand against debt growth would produce right off the bat: a government shutdown.  The leadership is still spooked by memories of 1995, when the public blamed the Republican majority in Congress for a pair of lengthy shutdowns.  Many believe – with good reason – that the shutdowns made Bill Clinton’s reelection in 1996 inevitable.

Though the events of 1995 and the subsequent fallout were the product of a particular set of circumstances, and a particular set of personalities, it somehow became permanent Washington dogma that the public will side against Republicans in any shutdown situation.  Few seem to have noticed that Republicans gained congressional seats and won control of the Senate in the election that followed the most recent shutdown, in 2013.

An AP-GfK poll from last month should put Republicans’ fear of a budgetary showdown to rest completely.  In it, 56% of respondents agreed that it is “worth a government shutdown to win spending cuts.”  And 44% of self-identified Democrats agreed with that statement!
As John Boehner rides off into the sunset, he surely ponders the legacy he has left.  If his goal was to keep the boat from rocking too hard, he should feel satisfied.

But Neville Chamberlain learned almost eighty years ago that “peace for our time,” when achieved through compromise, is not necessarily a gift well-remembered by a country in peril. 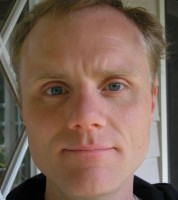 Michael Cummins is a liberty activist who lives in Madison, Wisc. He works as a business analyst in the telecommunications industry.

Cartoon of the Day: Refugee-o-phobia
Next Post
PETA gets sued for stealing, murdering family dog