Congress has conceded much of its investigatory and oversight functions to the executive branch by approving more than 300 authorities that empower agencies to use judge-less subpoenas, which are also known as “administrative subpoenas” or “civil investigative demands.”

Nobody at either end of Pennsylvania Avenue in the nation’s capital tracks how often federal bureaucrats use judge-less subpoenas. Courts typically side with agencies on the rare occasion when a judge-less subpoena is challenged, so government officials need only claim records are “relevant” to their work, a much lower legal bar than the Fourth Amendment’s “probable cause” standard for a warrant.

“Congress could tomorrow require administrative warrants be based on probable cause or reasonable suspicion, and in fact I’ve pretty much argued that should happen,” Christopher Slobogin, an expert on administrative powers and law professor at Vanderbilt University Law School, told The Daily Caller News Foundation.

Agencies in recent years have demanded Americans’ medical records, Social Security numbers and electricity usage, among other things, without a judge’s prior approval, TheDCNF has reported.

The Drug Enforcement Administration has used administrative subpoena powers in the Controlled Substances Act to demand medical histories and other sensitive records.

“Some members of Congress might say they never intended for the process to be abused this way, but yes it’s plainly within their authority to go back and limit the authorization they passed,” Adam Bates, policy analyst with the Cato Institute’s project on criminal justice, told TheDCNF.

Members of Congress may blame their oversight concessions as necessary, given the growth of government since the New Deal era. But David Rivkin, a partner at the Baker Hostetler law firm in Washington, D.C., and a constitutional law expert, said it’s the other way around.

“I think the real cause of governmental growth is capacious delegations of congressional power,” Rivkin told TheDCNF. “Having done that now, it is difficult for Congress to reclaim that authority.”

Congress has exceeded its responsibilities outlined in the Constitution and conceded too much power it never rightfully possessed to the executive branch, creating the growth of the administrative state, Roger Pilon, founder and director of Cato’s Center for Constitutional Studies, told TheDCNF.

“Yes, it’s Congress’ fault for trying to do what it’s unauthorized to do and can’t do, because no Congress in the world can do what our Congress is trying to do,” Pilon told TheDCNF. “They have to, if they’re going to involve themselves in so many of our lives.”

Leading members of Congress were less than keen to comment for this story.

Rep. Justin Amash, a Michigan Republican, declined to comment, and Sen. Rand Paul, Kentucky Republican, did not respond to requests for comment. Both men are vocal advocates of Fourth Amendment and privacy protections.

Bates said the executive and judicial branches must share blame for the increasing use of administrative subpoenas rather than those that are reviewed beforehand by judges.

“Of course, it’s also within the judiciary’s power to apply the Fourth Amendment to limit the scope of these warrantless investigations, and within the executive’s power to stop doing them in the first place,” Bates told TheDCNF. “So all three branches are complicit in this, and that’s generally true across the board when it comes to constitutional violations.”

But only Congress can immediately change the status quo, and Tim Lynch, director of Cato’s project on criminal justice, has an idea about where to start.

Congress could easily demand to know how extensively agencies use subpoena powers, Lynch told TheDCNF. The last time the feds reviewed judge-less subpoenas was in a 2002 Department of Justice report.

“That would be a good first step in getting a better handle on this,” Lynch said. “It’s long overdue. We should have a tally to know exactly how many of these things are being issued.”

TheDCNF has submitted Freedom of Information Act requests to 10 federal agencies seeking documentation on their use of administrative subpoenas.

Lynch said the question is not can Congress do something, but will it. “Congress could scale back or even get rid of administrative subpoenas if it really wanted to,” he said.

But, he doesn’t think that’s about to happen.

“Some members do not perceive any problem at all,” Lynch said. “Others would say that Obama would never sign such legislation, so it would be a waste of time and energy.” 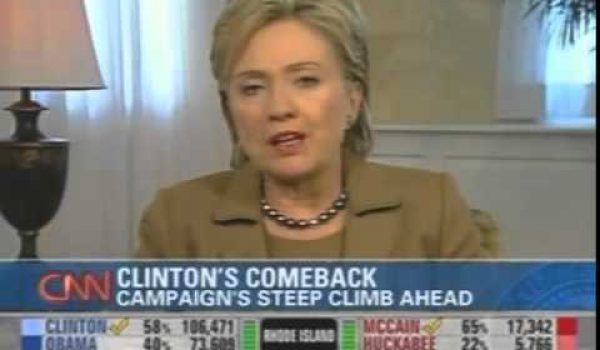