Ask any political pundit, and he will tell you that if there is one issue that is most likely to undo Donald Trump’s candidacy, it is his controversial stance on immigration. But recent polling suggests the conventional wisdom may be all wet.

Back in September, right around the time Trump allegedly shot himself in the foot by disparaging anchor babies, a SurveyUSA poll found him commanding the support of 31% of Hispanics. That doesn’t sound like much to write home about until you consider that that percentage is larger than the one enjoyed by Mitt Romney in 2012 or even  George H.W. Bush in 1988, when he won the general election.

One reason for this is that Hispanics aren’t monolithic when it comes to the subject of immigration. The Chicago Tribune cites a recent Gallup poll that found that among registered Latino voters, 67% are at least willing to support a candidate who doesn’t share their views on immigration, and another 18% don’t consider the issue important at all.

Hispanics who went through legal measures to obtain their citizenship papers, moreover, tend to have little sympathy for immigrants who haven’t played by the rules.

Especially among Latino voters born in the United States, resentment of immigrants who have entered the country illegally can run deep. Forty-two percent of American-born Hispanics disapprove of President Barack Obama’s executive actions to prevent the deportation of illegal immigrants.

When all of these factors are weighed in the balance, the woman in a viral video from a campaign rally earlier this month seems like less of an outlier. 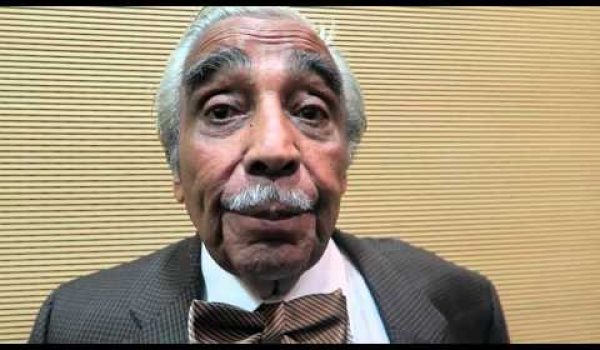