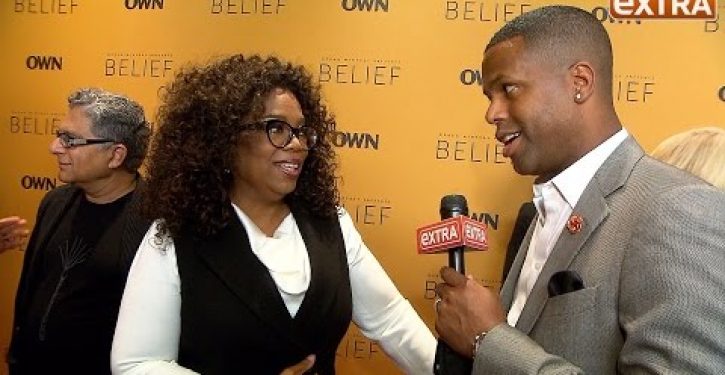 Oprah Winfrey has announced she is not planning to run for President of the United States in her lifetime, but the reason for her decsision is absolutely ridiculous and ignorant.

Oprah Winfrey says she won’t be making a White House bid in 2016 — or ever.

“I can tell you one thing you can be assured of in this lifetime: As long as I’m black, I will not be running for office,” the former talk show queen tells “Extra” correspondent A.J. Calloway in an interview posted Wednesday.

Are you kidding me?

We are in the year 2015. There is a black man serving his second term as President of the United States in the White House. There is a woman, who (whether you like her or not) is the clear front-runner of the Democratic presidential nomination. The GOP primary roster is populated by a woman, a black man, two Cuban-Americans, and a son of Indian immigrants. Of all people, Oprah Winfrey, a self-made media mogul and one of North America’s only black billionaires, should be celebrating the reality that if you work hard in America and never give up, you will succeed. Her rise from the ghetto to mega-stardom is living proof that the American Dream is alive and well.

Winfrey’s comment about not running for president because she is black sends a negative message to all young black Americans —  especially young black girls — about how far a child’s dreams can take her. Her comments imply there is a ceiling on your ability to achieve, simply because of the way you look and the color of your skin.

Tell that to Barack Obama or former Secretary of State Condoleezza Rice or Justice Clarence Thomas or Senator Cory Booker or Rep. Elijah Cummings, or Senator Tim Scott, Rep. Mia Love, or Colonel Allen West. They all must have missed the memo that leading and serving our nation is reserved for whites only.

Shame on you, Oprah Winfrey. Not only were your comments ignorant, but your Jim Crow political perspective is flat out wrong.

I have a message of my own, and it is directed at Lena Dunham. Al Sharpton, and the rest of the P.C. and “microaggression” outrage machines: Feel free to jump in at any time and set the record straight on how offensive Winfrey’s comments were.