And here you thought microaggressions were just so much politically correct drivel cooked up by hypersensitive liberals in academia. Well, actually, they are, but according to a new guide published by the University of New Hampshire’s “Advance” program, gender-related microaggressions can make you physically sick.*

The guide explains that victims of gender microagressions are susceptible to migraines, heart disease, and autoimmune disorders. There are psychological risks as well, among them depression, anxiety, body image dissatisfaction, and eating disorders.

In case you thought they were just blowing smoke, the authors of the guide (which is funded by the taxpayer-supported National Science Foundation) list references. One of these — “Microaggressions in Everyday Life,” by Columbia professor Derald Wing Sue — posits that (1) gender microaggressions can be committed only against women and (2) that the phrase in the Declaration of Independence that “all men are created equal” is an example of a gender microaggression.

As for that first claim, is this to suggest that transgenders are excluded from the class of victims? If so, when will the Advance program publish an appendix to guide criticizing Prof. Sue for his shortsightedness?

In July, the University of New Hampshire … published a “Bias-Free Language Guide” that discouraged students from using the word “American.” In response to the [ensuing] language-guide outrage, UNH President Mark Huddleston released a statement asserting that “speech guides or codes have no place at any American university” and promising that the university would “review” its “web posting policies.”

Nevertheless, the microaggression resource on the university website encourages faculty to report “microaggressive behavior” to their department chair or to Donna Marie Sorrentino, the university’s Director of Affirmative Action and Equity.

I guess teaching new dogs old tricks is just as difficult as its converse.

________________
* I can personally attest to validity of the claim, having experienced nausea after reading about this stuff.

Cartoon of the Day: Capital punishment
Next Post
Video: Prager U on whether we can rely on wind and solar energy 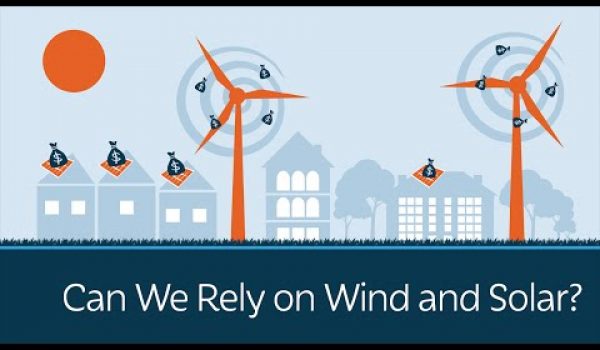