One of the more frustrating aspects of government is the near impossibility of firing anyone for incompetence, or worse.

The Department of Veterans Affairs has blood on its hands, yet only 14 people lost their job for causing the deaths of thousands of America’s vets. Four Americans were left for dead in Benghazi, Libya, yet the government protects those who made the decisions to leave them unguarded and unprotected. Hundreds of city teachers in New York, some of whom have been accused of vile crimes, remain on city payroll because union rules prevent their firing.

President Barack Obama, however, has taken this to a new level. He is attempting to promote a man who has overseen more than a dozen scandals and whose business dealings in government are causing troubling questions about his ethics. In this administration, incompetence is overlooked if you are a crony.

Meet Andrew Slavitt, Obama’s nominee to head the Center for Medicare and Medicaid. Slavitt has exhibited incompetence in his prior jobs, yet he is scheduled to be put in charge of one of the biggest agencies in the whole United States government.

Slavitt is the former head of UnitedHealth Group, a major Obamacare subcontractor. Interestingly, Slavitt was an investment banker at Goldman Sachs prior to joining the health care company where he was responsible for its Ingenix and Optum divisions. Ingenix was kicked out of New York in 2011 for price fixing and fraud. One would think that would be a disqualifier to run a government bureaucracy.

Despite this tainted background, Slavitt was asked to join the Obama administration. On the announcement of his hiring as her deputy in July 2014, Health and Human Services Secretary Sylvia Burwell said that Slavitt “will focus on managing day-to-day operational issues across all of our programs and be a key part of our leadership team.” Burwell, of course, was a walking display of incompetence herself, overseeing the failed rollout of the Obamacare web portals and wasting billions of dollars attempting to create state exchanges, including Oregon where the Democratic governor pulled the plug on the program after thinking it would cost him his re-election.

In order to make that arrangement possible, President Obama approved a classic Washington oxymoron — he signed an “ethics waiver” so Slavitt could join the government. At the same time, Slavitt was presented with a tax-free $4 million check by his old employer as he entered his new job to oversee his old company. It was reported that Slavitt sought and received a special “certificate of divestiture,” allowing him to indefinitely defer capital gains taxes on the sale of millions of dollars in equities. He was allowed to sell 23,711 shares of his UnitedHealth Group stock while avoiding any capital gains taxes on the transaction. The day he sold, United’s stock price was $82.72.

As bad as the facts are surrounding Slavitt’s appointment to government, his role at CMS as acting administrator, and the scandals surrounding Obamacare, one would think this troubled nominee would be withdrawn from consideration. The opposite is true. The Obama administration is pushing hard to get this nomination across the finish line.

Obamacare has been a disaster. Nearly $6 billion in federal taxpayer’s money was lost when Obamacare state exchanges collapsed. Maryland, for instance, was supplied millions of dollars from the federal government to build an exchange. After its collapse, the contractor was sued. Slavitt decided to give Maryland part of the proceeds from the settlement despite the fact they didn’t put in a plug nickel into building it. Some have called his actions the building of a “Blue State Slush Fund.”

When the political director of the Democratic governor decided to kill Oregon’s exchange for political reasons, Slavitt and company sat on their hands. They didn’t see the need to collect the $300 million in taxpayer money they loaned to the state.

Now President Obama wants to give Slavitt a promotion to head CMS. Perhaps he should have said the nomination was a reward for a “cover-up well done.” That would be the Chicago way.

Cross-posted at The Blaze 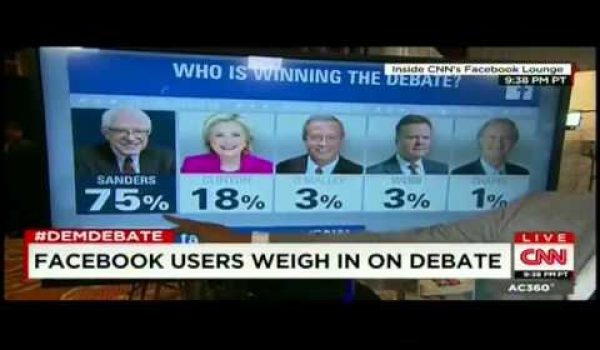