It would be horrifying that the NCAA FBS season is already half over, if not for the Sooners being so bad this year, and the consequent thankfulness when each game ends.  Let the countdown begin.

Plus, Week 7 is when we start having Tuesday night football.  Arkansas State and South Alabama met on Tuesday evening, and although the outcome is unknown at the time of this writing, we’re betting the game was more fun than the Democratic debate.

Thursday and Friday are simply stuffed with FBS ball – more on that below – and Falcons will be at Saints Thursday for an NFC South (motto: Second silliest division in the NFL!) showdown.  Atlanta’s giving 3 at the moment.

Oh, and we wouldn’t want to ignore the head-coach dramas this week.  We’d rather beat them (the dramas, not the coaches) with a tire iron.  We’ll miss the Head Ball Coach.  The Weeping Sarkisian, not so much.  Edsall’s out at Maryland too, and North Texas has fired their head coach after the Mean Green started looking like it did five years ago, only worse.

The University of Tulsa Golden Hurricane (3-2), which beat Notre Dame 28-27 on 30 October 2010, will be in Greenville on Saturday for a noon Eastern kickoff with East Carolina.  No one’s giving TU much of a shot to improve its 0-1 American Conference record, although we think ECU’s beatable.  Maybe just not by Tulsa’s spacey New Age defense.  Purple Pirates give 10.5.

New #19 Oklahoma is still ranked above its deserts, and is giving 4-ish heading to Manhattan on Saturday only because Sooner bettors would back Sooner points if OU were playing the New England Patriots.  We figure, here at your LU Football Commentary Service, on Kansas State taking this one.  The Wildcats almost knocked off TCU; Oklahoma is no match for them this year.

#16 Oklahoma State has the week off and will host Kansas a week from Saturday.

Navy (3-2) has the week off as well, and will be preparing for American foe Tulane (which this year isn’t the inside joke it would have been throughout Tulane’s career in C-USA.  The Green Wave’s level of suckage has been noticeably reduced of late).

Air Force (3-2) somehow failed to cover in the 31-17 win over Wyoming, but gives 3.5 heading to Colorado State to play for the Ram-Falcon Trophy.  Although this rivalry prize sounds like it really should have a model of a vintage automobile on it, it’s just a ram and a falcon, placed sensibly under Plexiglas (which frankly looks hard to keep clean).

Virginia Tech heads to Miami on Saturday for its annual ACC Coastal classic with Da U.  The Hurricanes are smarting from their heartbreaking loss to FSU, but still give about 6, which is probably about right.

Nevada will be in Laramie to administer a thrash – wait, we meant to say face off with Wyoming, our special-needs team this year (0-6 and manning the basement of the Mountain West).  The stingy oddsdudes have the 3-3 Wolf Pack giving only 7.

TCU has slipped to #3 after the scare from Kansas State.  We don’t expect the Frogs to have much trouble with Iowa State, however.  Toads are giving 20 in the line.

It would be hard to top new #6 LSU at new #8 Florida for Game of the Week, except for the little shindig up in Michigan, which we’ll get to.  The SEC tush-kickers miss the Saturday night marquee slot by an hour, but will clearly be one of the two most competitive Top 10 games of Week 7.

Their meet in Gainesville is also a Storied Rivalry, if not one commemorated with a prize from the Salvation Army Thrift Store.  LSU gives 7.5, and although we’re not quite convinced about the Gators up at #8, they’ll be playing for keeps.

The marquee slot does get a treat this week, with Penn State meeting #1 Ohio State for their Storied Rivalry.  The Buckeyes have been looking Strangely Beatable (If They Played Anybody), and PSU, if not a foursquare Anybody (lacking a bit too much on offense), is at least a promising Anybody Lite this fall.  OSU gives 17; given the notable success of the PSU secondary in the last few games, we’re leaving the door open to the Nittally Cats covering.

New #4 Utah (which yes, we know is a bit goofy, and it will disappoint MSU fans that we use the AP poll here, but we just do) hosts Arizona State for a late game on Saturday.  Youths give 7.

New #7 Michigan State hits the gridiron in Ann Arbor at 2:30 Central for the biggest rivalry clash with new #12 Michigan in years.  This is Alt Game of the Week, clearly, and we’re just thankful it doesn’t completely overlap the LSU-Florida game.

UM and MSU play for the Paul Bunyan Trophy, which is not to be confused with Paul Bunyan’s Axe.  The Paul Bunyan Trophy has a figure of Paul Bunyan on it, and is painted in colors that kind of look like a Brothers Grimm illustration.  Fortunately, they’re manly men up there in Michigan, and there’s another, far foofier and more, um, artistic trophy being played for, in our other games of note.

Michigan, now charging through the FBS like the bulls through Pamplona, gives 7.5.

#9 Texas A&M will be hosting #10 Alabama.  Depending on what happens in the other top 10 games, it’s quite possible they won’t even settle between them who’s really #9 and #10.  Just a thought.

Thursday night sees #18 UCLA at #15 Stanford, with the Muted Cerise giving 7.  We think the Bruins can totally take ‘em.

Rivalry action continues big with Nebraska at Minnesota on Saturday, for what we have to now call their overstoried rivalry.  It goes back to 1900, but had to resume in 2011, with Nebraska’s defection to the Big X, after a hiatus of 21 years.  It’s enlivened today by a most regrettable, way-too-cute game-trophy narrative, about Goldy laying a bet with the evil genius behind the @FauxPelini Twitter account.  (This was when Bo was still there.)

Any game trophy that involves a Twitter account needs to be taken out to the woods and shot full of holes, but this is the story, according to Gopher and Husker chroniclers:

Goldy suggested a wager on the game with this tweet: “Hey @FauxPelini, how about a friendly wager for this weekend’s game? Team that gets the most points gets a conference win? Seem fair?”  Faux Pelini responded “OK how about if we [Nebraska] win you give me $5, if you [Minnesota] win I get to smash a wooden chair over your back.” This prompted Goldy to start crowdsourcing Twitter followers and the community at Reddit’s college football section to design the “$5 Bits of Broken Chair Trophy.” Many designs were quickly presented and eventually Goldy created a real trophy, which was brought to the 2014 game in Lincoln.

Naturally, this makes self-respecting connoisseurs of game trophies barf.  But the good news is, it’s the kind of football grunge-lore that only gets better, the more barfing it survives.  So stick to your guns, dudes.  You’ve got a future cult classic in the making there.

Oregon heads to Washington (-2) for their Storied Rivalry meet on Saturday.  You’d think San Diego State would be playing at San Jose State (-2.5) for some kind of attic-stash junk, but no.

#23 Sudden Cal will remain Sudden by having the week off.  Next Thursday: UCLA.

And, yeah, yeah, OK: USC will be at #14 Notre Dame on Saturday evening, playing for the most gender-fluid trophy in college football, the Jeweled Shillelagh.  In this Storied Rivalry, or, as we prefer to call it, That Low-Class Dance-Hall Downstairs, the Arsh are giving 7.

In FCS, McNeese State has surged to #9 in the Coaches Poll, and will be in Conway on Saturday to take on Southland rival Central Arkansas.  UCA’s Bears don’t suck; although they come in 3-2, one of their losses was a respectable one to Oklahoma State, and they’ve dominated their last two games.  They bagged a few votes for top 25 in this week’s poll.  They won’t be a pushover.  Clear and 60s for the 6 PM kickoff.

Christopher Newport continues the baptism of fire in the Captains’ new NJAC berth, heading for Montclair State in Montclair, NJ.  The Red Hawks are 2-3 to CNU’s 1-4, so the game looks competitive from here.  Kickoff is at 1 PM Eastern with 50s and looming showers.

Merchant Marine, 1-4, has a home stand scheduled against the Springfield College Pride (Troy, NY), which comes in 4-2.  Game start is 2 PM; 50s and mostly clear in Kings Point.

Steelers downed the Bolts on Monday night, and will hit the early slot Sunday at Heinz Field, versus the Cardinals.  Arizona’s giving 3.

Denver will be at Cleveland giving 4.  The 5-0 Broncos may be aging a little around the edges, but they’re still hard to catch.

Patriots (-9) at Colts has some good potential for Sunday Night Football.

Giants at Iggles (-4) put the NFC East front and center on Monday Night.

Dallas, we’re relieved to say, has the week off. 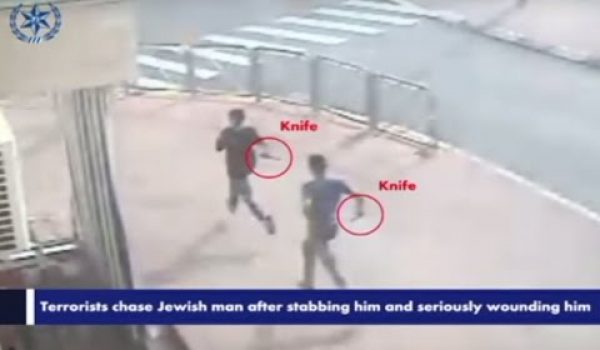