For those who didn’t get enough of Pope Francis during his five-day whirlwind U.S. tour, the Pontiff held a press conference aboard his charter flight back to Rome this morning, the transcript of which was recorded for posterity by Vatican Radio. While liberals continue to claim a victory in the pope’s pronouncements on climate change, they have remained conveniently silent on his views on another flash point, same-sex marriage.

On Saturday, in Philadelphia, the pope offered a full-throated defense of religious liberty, which both sides of the ideological spectrum could claim as a win (albeit hypocritically on the part of the left, which seems to support only the free practice of Islam). But in his remarks this morning, the Holy Father was asked about another very specific aspect of religious liberty and one at the center of a bitter and emotionally charged debate: his views on same-sex marriage and of the right of government employees (think Kim Davis) to deny marriage licenses to same-sex couples.

Here is the exchange between the pope and Terry Moran of ABC News:

Moran: Holy Father, thank you, thank you very much and thank you to the Vatican staff as well. Holy Father, you visited the Little Sisters of the Poor and we were told that you wanted to show your support for them and their case in the courts. And, Holy Father, do you also support those individuals, including government officials, who say they cannot in good conscience, their own personal conscience, abide by some laws or discharge their duties as government officials, for example in issuing marriage licenses to same sex couples. Do you support those kinds of claims of religious liberty?

Moran: Would that include government officials as well?

Cartoon of the Day: The devil, you say!
Next Post
Video: Prager U on the dangers of radical Islam 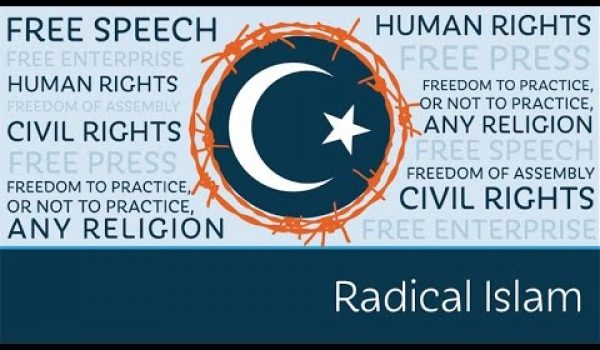