A lawsuit arguing that the Seattle $15 minimum wage disproportionately hurt franchisees by not treating them like small businesses was shot down Friday by the U.S. Court of Appeals.

The lawsuit was brought by the International Franchise Association (IFA). Seattle led the way in implementing a $15 minimum wage back in June of 2014. To help mitigate the economic harm, the increase was written to phase in over the course of several years. Small businesses were allowed extra time to adjust. Individually owned franchisees were not included in the exemption and the lawsuit argued they should be.

“The panel further held that IFA did not provide persuasive evidence showing that the public interest would suffer as a result of allowing the ordinance to take effect,” the decision noted. “Failed to raise serious questions going to the merits of any of its claim, and failed to show that an injunction was in the public interest.”

The association filed the lawsuit on behalf of several local franchisees. After the lawsuit was rejected by U.S. District Judge Richard A. Jones last year, the association began taking steps in March to appeal the decision.

Despite many franchisees being associated with large brand names like McDonald’s, they are actually independently owned and often small. Franchising is unique because it allows a small business to contract with a large corporation in order to use its brand name and sell its products. This mean they are exposed to the same economic risks any other small business is.

Additionally, according to the lawsuit, some members of the advisory committee that developed the minimum wage law admitted it’s meant to hurt franchisees. Advisory member David Rolf allegedly said several times the city minimum wage is designed “to break the franchise model.” This was also rejected by the appeals court.

“The panel further rejected IFA’s First Amendment challenge after determining that the Seattle ordinance was not motivated by a desire to suppress speech,” the decision also noted. “The conduct at issue was not franchisee expression, and the ordinance did not have the effect of targeting expressive activity.”

Ultimately, this ruling will be used as a precedent, giving it nationwide implications.

What do you do if campus hate crime turns out not to be? U. of Delaware students provide answer
Next Post
Can you spot the embarrassing error in Hillary’s new ‘women in America’ ad? 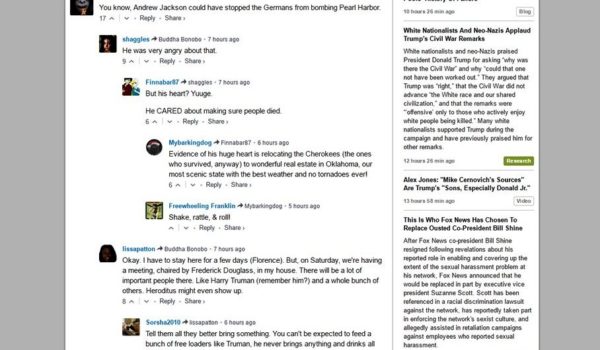