One thing that has become increasingly clear about GOP frontrunner Donald Trump over the past four months is that his style of communication is is very, very very, very different from what voters are used to hearing from aspirants to high office.

True, Trump is what some might call refreshingly candid in his assessments, but what sets him apart from members of the political class is more than just that. Consider: In the June speech announcing his candidacy he said, “Believe me, folks. We will do very, very well, very, very well.” That’s a lot of veries in that one utterance, but somehow Trump’s language hasn’t quelled the enthusiasm many voters have for him.

More than one commentator has taken note of Trump’s unorthodox speech habits. In an August 13 column titled “Donald Trump Talks Like a Third-Grader,” Jack Shafer, a senior media writer at Politico, wrote:

Donald Trump isn’t a simpleton, he just talks like one. If you were to market Donald Trump’s vocabulary as a toy, it would resemble a small box of Lincoln Logs. Trump resists multisyllabic words and complex, writerly sentence constructions when speaking extemporaneously in a debate, at a news conference or in an interview. He prefers to link short, blocky words into other short, blocky words to create short, blocky sentences that he then stacks into short, blocky paragraphs.

It sounds harsh but there is more than a kernel of truth to this analysis. Wherein, I believe, lies Trump’s appeal to the common man, to the middle class family that lives paycheck-to-paycheck — the voting bloc Democrats like to think they connect most with.

To appreciate why TrumpSpeak so resonates with voters, consider a remark made in March 2014 by another one-time presidential hopeful:

President Putin is not operating from a place of strength here…. [He] is using force in a completely inappropriate manner that will invite the opprobrium of the world and it already is.

Some who heard the comment, made on-air by Secretary of State John Kerry, likely divined the meaning of opprobrium (“harsh criticism, censure”) from context, while others probably just glossed over it. The question is not who Kerry was speaking to but who he thought he was speaking to? Jack Shafer would probably salute the secretary’s use of multisyllabic words and writerly language, but the masses probably see pols who speak this way as pompous — or, to use Trump’s recent formulation in sizing up Kerry, as a schmuck.

In a piece in today’s Washington Post, Barton Swaim, a speechwriter for former South Carolina governor Mark Sanford, observes that one of Trump’s strengths as a speaker is that his syntax is less abstract than that of the typical politician. His diction, or word choice, also tends to be simpler and more straightforward. Instead of legislation, for example, he will say bill.

Whether this continues to work in Trump’s favor remains to be seen. Eventually, even everyman may tire of it. On the other hand, it is entirely possible that in Trump we are seeing the birth of elected officials who not only tell it like it is but in a manner that connects with the average joe. 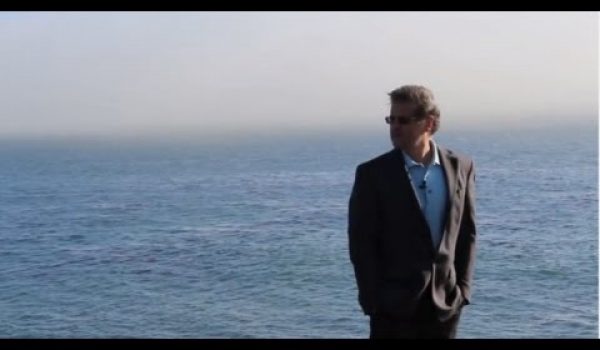