While President Obama wants to open the way for Iran oil exports, House members are pushing to put U.S. crude back on the world market, too — a move that could save American consumers billions in fuel costs.

As the U.S. Senate prepared to vote on the White House’s deal with Tehran, the House Subcommittee on Energy and Power on Thursday advanced H.R. 702 to lift a 40-year ban on exports of U.S. crude.

The measure, authored by Rep. Joe Barton, R-Waco, has 126 House co-sponsors, including Republicans and Democrats. “It’s a rare breed of legislation — with endorsements from the (Democrat) Blue Dog Coalition and Republican Study Committee,” Barton said. “Lifting the ban on U.S. crude oil exports this year would create jobs in all 50 states and increase tax revenue upwards of $13.5 billion in 2020.”

Reopening global markets to American crude could save consumers up to $5.8 billion a year through lower gas and fuel prices, some energy forecasters say.

The 1975 crude export ban was enacted when U.S. oil production was slack and gas prices were soaring. Since then, hydraulic fracking, horizontal drilling, and new exploration have vaulted domestic output ahead of Saudi Arabia and Russia.

Scott Sheffield, CEO of Irving, Texas-based Pioneer Natural Resources, says expanded markets will bring more oil out of the ground. “It’s our domestic prices versus the world price,” he told the industry journal Shale. “Just a $10 swing will make a difference of whether we’re increasing production 2 million barrels a day long-term, or decreasing production 2 million barrels a day.”

Columbia University’s Center on Global Energy Policy asserts that “increased U.S. crude production can weaken the economic power, fiscal strength and geopolitical influence of other large oil producing countries.”In the Senate, which is debating the Iran deal, Majority Whip John Cornyn, R-Texas, said, “Instead of easing sanctions on Iran, the U.S. should focus on easing de-facto sanctions on America’s energy producers and releasing them from the grip of outdated restrictions that hurt consumers at home and force our friends to rely on our enemies.”

The Columbia report concluded that lifting the self-imposed ban on crude would provide for “greater U.S. diplomatic leverage in future applications of sanctions or pursuit of other objectives.”

A new study by the U.S. Energy Information Administration downplayed the impact crude oil exports would have on fuel prices, but the government agency recommended lifting the ban anyway.

“Artificial government impediments to rational free enterprise never work,” he told Watchdog. “If the U.S. banned Boeing from selling airplanes overseas, would anyone argue that air travel would be cheaper in America?” 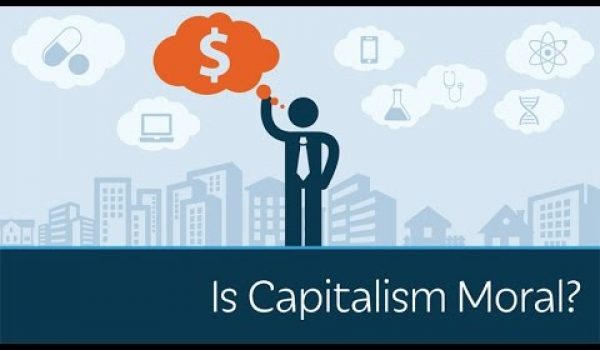 Video: Prager U asks whether capitalism is moral
Next Post
What will be the trade-off for NY State as it adopts $15 minimum wage?